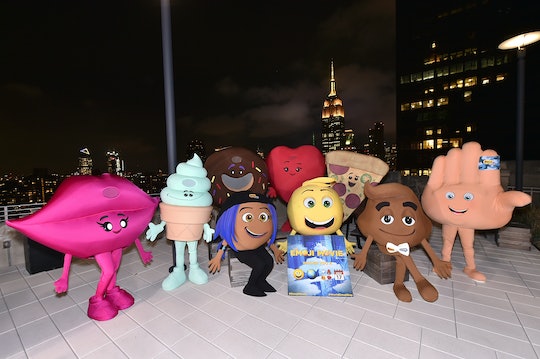 Communicating with words can get so complicated. Sometimes we have these feelings, and we didn't know how to properly express them and it got so frustrating... until a smiling poop emoji came along and solved many of our problems. But we are a complicated people, and we have complicated lives that can obviously not be explained with just a few emojis. Enter the new emojis set to drop in 2018. There are 67 possible contenders, and one of them in particular will make more than a few people happy.

Wondering what emojis you might soon be adding to your own repertoire? A frowning poop face is a serious contender, and it's sort of amazing that we haven't already seen such an obviously necessary emoji. How was one expected to describe the wordless pain of a terrible first date, an unflattering hair cut, or the epic tantrum of a two year old without a frowning poop emoji? Finally, we might be getting a redhead emoji, which could stop the social media rioting if it actually becomes a thing. As well as a bald and a curly-haired emoji to promote follicle harmony at last. I mean, what did people actually do to describe themselves if they didn't have brown or blond hair before I ask you?

There are also several food emojis that we needed basically a year ago, like cupcakes and bagels. For the health conscious among us, there is a leafy green and a mango emoji in the works. If you need someone to pass the salt, there may even be a salt shaker emoji. Also a lobster, which I guess falls under the food or animal category, depending.

Animal lovers will love the possible kangaroo, llama, hippo, raccoon, parrot, and lobster emojis, to name a few. There are some interesting new activity-related emojis that could be coming your way as well, because just think about the amount of times you've wanted to use an abacus emoji and didn't have the opportunity. I have a feeling the brick wall will come in handy (as in, I feel like I'm banging a head against a brick wall here), not to mention the receipt (show me the receipts). You can see the full list of Unicode's proposed characters here.

It behooves me to note that Unicode President Mark Davis has issued a statement reminding everyone that these are potential emojis, and the list could look very different by the time they are launched in 2018. While we wait, though, Unicode is dropping some pretty cool emojis on us this year. By the end of 2017, you will be able to use a breastfeeding and mermaid emoji, as well as a zombie, Dracula and a sandwich. What a world we get to live in, right?