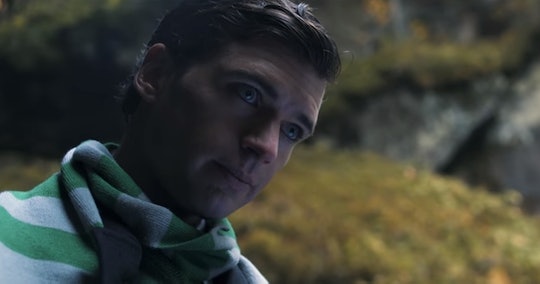 There's A New Fan-Made Voldemort Movie, So Stop Everything You're Doing Right Now

Have you ever woken up in the morning, realized that Hogwarts does not really exist, and felt like crying in abject misery? Because, even if it meant dealing with Horcruxes and Bellatrix LeStrange, a world of wizards is clearly better than whatever this world is offering. This is the life of a Harry Potter fan; always needing to be immersed in that world, always needing a little more detail, a little more time spent with wizards and witches and giants. I have good news for you guys on that front: there's a new fan-made Voldemort movie you can watch, and you know it has to be great because Potter fans are the best people in the world.

Tryangle Films, an independent film production company founded by Gianmaria Pezzato and Stefano Prestia has put together a 52-minute prequel movie about the life of Tom Marvolo Riddle, better known to the rest of the world as He Who Must Not Be Named. Yes, I'm still calling him that because, I'm sorry, it still feels scary to even type the name Voldemort... I'm half-terrified that Dementors are about to show up on my doorstep now. The film is called Voldemort: Origins Of The Heir. And full disclosure, I haven't watched it yet. But I already know what I'll be doing this evening.

Here is the entire film, which was shared on YouTube for free on Jan. 13. People have already watched it nearly 8 million times.

I know... just seeing the wand alone is enough to get a girl excited.

And it looks as though the plot holds up as well; essentially, the concept is that Tom Riddle was part of an exclusive members club during his time at Hogwarts; he and the other three heirs of the original Hogwarts houses formed their own little society. There was Tom Riddle, heir to Slytherin, Lazurus Smith, the heir to Hufflepuff, Wiglaf Sigurdsson, heir to Ravenclaw, and finally the main character of the movie, Grisha McLaggen, the heir to Gryffindor. It seems Grisha is concerned when she sees Tom going a bit mental, and goes on a mission to "save Tom from himself" after Hogwarts.

The film was originally developed through a Kickstarter campaign in 2016, but hit a snag when Warner Bros. asked creators to shut it down, citing copyright infringement. After the makers of the film promised not to profit from its release, Warner Bros. allowed it to happen. And fans are pumped.

Most reviews have been generally positive so far, even though some fans were not impressed with the English language dubbing (which The Guardian reviewed as somewhat poor, so be prepared for that), and the fact that the story did not stick with original Potter canon. But for the most part, fans were impressed.

And that's good enough for me.

Harry Potter fan fiction has become a genre all its own, especially on sites like Tumblr and Pottermore, the official Potter fan site endorsed by J.K. Rowling herself. In fact, the play Harry Potter And The Cursed Child began as fan fiction before being developed by Rowling with the original writers. Unfortunately, reviews have been mixed at best. But there are still a whole host of excellent fan fiction pieces to choose from on the internet, including this new film about He Who Must Not Be Named.

Here's the thing, though: nobody knows the world of Harry Potter better than a true fan, except possibly J.K. Rowling. No studio head, no marketing team, nobody. So as far as I'm concerned, I'm always going to trust a fan-made film, even if it's not as slickly done as a big time studio-produced film.

Unless they do something awful to Professor McGonagall or something. Then all bets are off.

More Like This
Every State’s Favorite Halloween Movie For Kids In 2022
You Can Stay At A ‘Hocus Pocus’ House On Airbnb — And It’s In Salem!
Disney's Upcoming Mufasa Movie Will Tell Us The Origin Story Of Simba's Dad
Watch An Exclusive Clip From Trick or Treat Scooby-Doo!