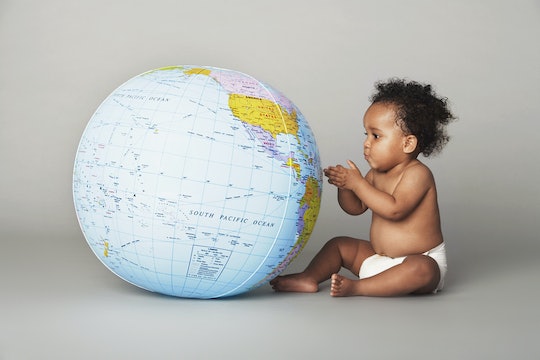 These Are The Best US Cities To Have A Baby

There is no doubt that having a baby — whether it's your first baby or your fifth — is a life-changing experience. In the United States, it's an embarrassment of riches when it comes to birthing experiences. But it's not all sunshine and rainbows, either: There are plenty of issues that pregnant women must face, from abysmal parental leave policies to frightening maternal mortality rates for a developed nation. That said, there are still plenty of amazing places to give birth, based on a variety of factors. Here are the five best U.S. cities to have a baby.

What makes one city great for one parent-to-be may actually not be so great for another. There are plenty of safe cities to raise kids, cities with the best children's hospitals in the United States, and even cities with the best school districts in America — but these particular characteristics don't necessarily address those immediate issues with having a baby, such as breastfeeding, high-risk pregnancies, or even child care. I examined four unique characteristics that would be of interest to a variety of parents-to-be and then boiled it all down to the numero uno best city of them all — and here's my take.

After the birth of her son, Dr. Jenn Anderson wanted to make her home of Brookings, South Dakota, the first "breastfeeding friendly" city in the United States. Her community health group has spawned a movement that's gained widespread support throughout the city of more than 22,000. With a Baby-Friendly hospital at the heart of her group's initiative, it has since spread to more than 100 businesses committed to supporting breastfeeding mothers.

The United States has some of the highest C-section rates in the world, but not every U.S. city does. According to Consumer Reports, Crouse Hospital in Syracuse, New York, has the lowest C-section rate in the country, making the city one of the best for moms with low-risk pregnancies who want minimal intervention.

What if your pregnancy is high risk? One of the best hospitals in the country for maternal-fetal medicine is Brigham and Women's Hospital, right in downtown Boston. Massachusetts happens to boast one of lowest infant mortality rates in the country, according to the CDC, as well as the lowest maternal mortality rate, according to the United Health Foundation. Given Brigham's close proximity to Boston Children's Hospital, which was named the best U.S. children's hospital by U.S. News & World Report in June for the fourth year in a row, Boston is a super safe bet to ensure the health of both mother and child.

According to website SmartAsset, the city of Orem, Utah, is the best city for working parents — which, let's face it: If you're having a baby, either you or your partner is most likely working. The website looked at a variety of factors as to why Orem stands out among the rest, noting that it "combines a relatively high quality of life for families, with strong employment conditions for workers." Thanks to super-short commute times and a very low unemployment rate, parents can not only spend more time with their kids, but enjoy it without worrying about looking for a better job.

So there you have it: Five awesome U.S. cities to have a baby. Ultimately, no matter where you end up giving birth, hopefully this list will inspire you to check out the stats for your own city so you can have the best birth experience possible.