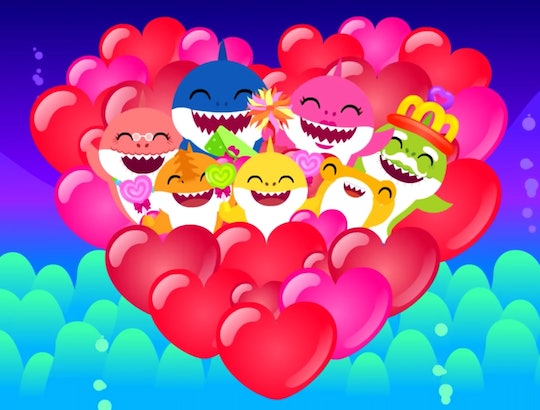 7 "Baby Shark" Remixes That Parents May Actually Like, From R&B To EDM

If you have a young child in your life, then you've probably heard "Baby Shark" a million more times than you ever needed to. But if an alternate version of the viral song might help make it feel a little less redundant, I've got you covered with "Baby Shark" remixes. Suddenly, there are so many remixes of the tune on the internet — and I think it's safe to say that the craze has officially gone a bit too far.

First, here's a little backstory on "Baby Shark," which The Guardian theorizes is a nursery rhyme dating back to the early 20th century. According to Newshub, the song first gained notoriety in 2007 from a viral German YouTube video called "Kleiner Hai." Then, in 2011, children's musician Johnny Only turned the ditty into a well-produced track featuring background music, harmonies, and a music video, Mel Magazine reported. Only told the outlet that he knew "Baby Shark" from campgrounds, where people would perform it along with improvised lyrics and movements. (Side note: I totally remember singing "Baby Shark" at sleep away camp back in the early 2000s.)

Then, in 2016, Pinkfong, a South Korean children's entertainment company released the version of "Baby Shark" that we all know and love/hate today.

So without further ado, here are seven "Baby Shark" remixes that you may as well succumb to.