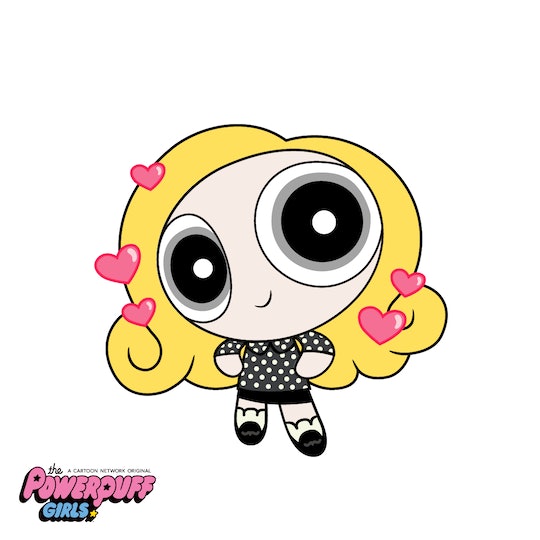 Let's start with two pieces of very important news. Number one, Cartoon Network has rebooted the late '90s series The Powerpuff Girls. For the uninitiated, the series was about three little girls with superpowers who were created in a lab by a grown man for... science reasons. The girls, Blossom, Bubbles, and Buttercup, used their powers to defend Townsville from bad guys and monsters. The second, and arguably more important piece of news, is that you can now Powerpuff yourself. The feature works much like an Xbox avatar or Bitstrips (hey, remember Bitstrips?). Users begin with a template person and then add clothing and features to customize the character. Once complete, the avatar is downloadable on its own, as a desktop background, or as an animated gif.

As my Facebook feed slowly fills up with Powerpuff girls and boys, I couldn't help feeling sorry for all the celebrity moms out there who are too busy to Powerpuff themselves. Nobody's interested in looking at people with gross things like pores and noses anymore; the future belongs to cute little cartoons with giant heads, huge eyes, and no phalanges. With that in mind, I've done the world a favor and transformed some of Hollywood's busiest moms into Powerpuff Girls, because why not?