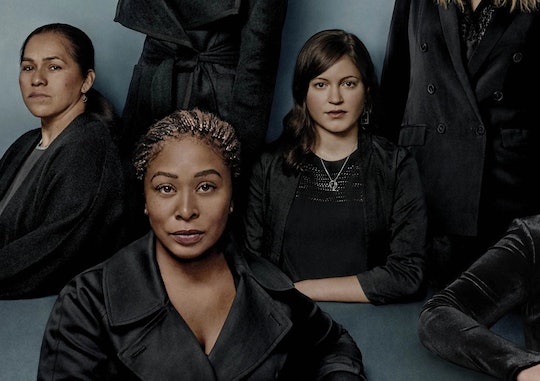 These Tweets About "The Silence Breakers," TIME’s Person Of The Year, Show People Are So Happy

There are a million reasons why someone would choose not to come forward about being sexually assaulted or harassed. There's the fear of retaliation. There's the shame in thinking they did something wrong, even none of its their fault. Then there's the reality of not being believed — of being labelled liars hell-bent on destroying reputations. This year, though, saw hundreds of victims break their silence, exposing the gross, violent actions of men in power. Now those survivors are gracing the cover of TIME's coveted end-of-year issue and the responses to TIME's "Person of the Year" are as powerful as their courage.

Ashley Judd, Susan Fowler, Adama Iwu, Isabel Pascual, and Taylor Swift are just five sexual assault and harassment survivors representing "The Silence Breakers," TIME's term for all the men and women who've come forward this year to demand justice. These silence breakers helped renew a movement, started by activist Tarana Burke, that forced industries — from entertainment to journalism — to reckon with its history of enabling perpetrators while turning away from victims crying out for help. So far, some justice has been served in the last few months: Netflix, for example, fired actors Kevin Spacey and Danny Masterson, both of whom have multiple sexual assault allegations lodged against them, according to TV Line. But that should just be the start.

This year has been a triggering one for sexual assault and harassment survivors. As TIME pointed out in its "Person of the Year" editorial, 2017 started off with Donald Trump being sworn in as the 45th president of the United States. Trump, himself, has a long history of sexual misconduct, according to Rolling Stone, and a few months before taking office, was at the center of controversy involving a conversation in which he seemingly bragged about sexual assault.

Since then, more and more survivors have come forward with stories of sexual misconduct at the hands of other prominent figures. But it wasn't until October, when the New York Times published an expose on Hollywood producer Harvey Weinstein, that the floodgates opened. Dozens upon dozens of celebrities including Ashley Judd, Asia Argento, Vu Thu Phuong, Lupita Nyong'o, Rose McGowan, and Eva Green — not to mention former employees, journalists, and models as well — have opened up publicly about being victimized by Weinstein. Their revelations have led other survivors of other powerful perpetrators to come forward; Ben Affleck, John Besh, Matt Lauer, Kevin Spacey, Russell Simmons, Charlie Rose, Al Franken, Dustin Hoffman, and Jeremy Piven are just some of the men who are facing allegations of sexual assault or harassment by men and women, according to the Atlanta Journal-Constitution.

In addition to TIME's cover stars, "The Silence Breakers" also include actor Selma Blair, the plaintiffs in the Plaza Hotel case, director Blaise Godve Lipman, journalist Sandra Muller, and actor Terry Crews, who took to Twitter to report his experience of being sexually assaulted by a Hollywood agent. The magazine also featured domestic workers, tech engineers, lawmakers, professors, and other non-celebrities and entertainers that have come forward over the last year. If nothing else, the wide range of industries that the silence breakers represents further proves just how pervasive rape culture is in American society.

The responses to TIME's choice for "Person of the Year" goes to show that survivors deserve attention. They deserve to be believed. They deserve to be lifted up above the powerful men that have abused and victimized them. And it is time that they are supported, whether they've come forward or not.

As TIME editor-in-chief Edward Felsenthal said during an appearance on the Today show Wednesday, according to CBS News,

This is the fastest moving social change we've seen in decades, and it began with individual acts of courage by hundreds of women — and some men, too — who came forward to tell their own stories.