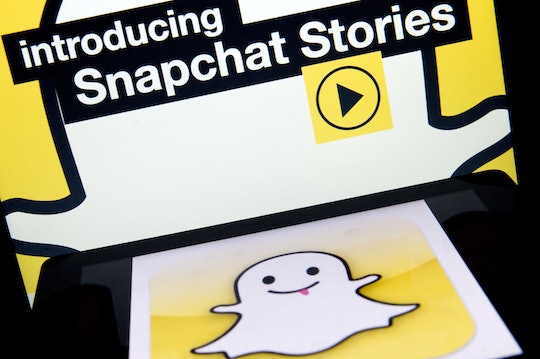 These Snapchat Auto-Advance Memes Show That The Struggle Is Real

Snapchat has released a new update, and users are losing their damn minds, to put it mildly. The new update, Chat 2.0, sounds great in theory: users now have the ability to share stickers, make audio and video calls, and post audio and video "stories" that can be viewed later. The problem is the new feature called Auto Advance Stories. While users previously had to tap each of their friends "stories" in order to view them, they now play continuously, and there's no way to turn it off. As these Snapchat Auto-Advance Stories memes show, everyone is just miserable.

In addition to essentially being forced into watching stories that they're not interested in, users are also annoyed that the new feature makes the view counter essentially worthless; there's no way to tell if someone watched your story because they wanted to, or because the app basically made them watch it. Then there's the fact that all the stories are played one right after the other, so it can be hard to tell when one story ends and another begins. One minute you're watching Kevin play the guitar, the next it's Susan at a Taco Bell drive through. It's like someone's standing behind you flipping the channels on a remote you can't control. Cheer up, Snapchat fans, because as these memes show, you're not the only one who's suffering.

Somehow, I knew this was all Scumbag Steve's fault.

As twitchy as this scene always makes me, it's A-plus in this situation.

Concise and to the point.

OK, this is actually really funny, and Keke is now #SquadGoals

There are honestly very few situations where this pic doesn't apply, to be honest.

Not even president and he's already ruining everything.

When an app turns a human into Grumpy Cat, you know it's got serious issues.

Even this guy gets confused? I wonder if he's friends with Keke...

Oh, Philosoraptor, of course we're stalking you. Because we're forced to.