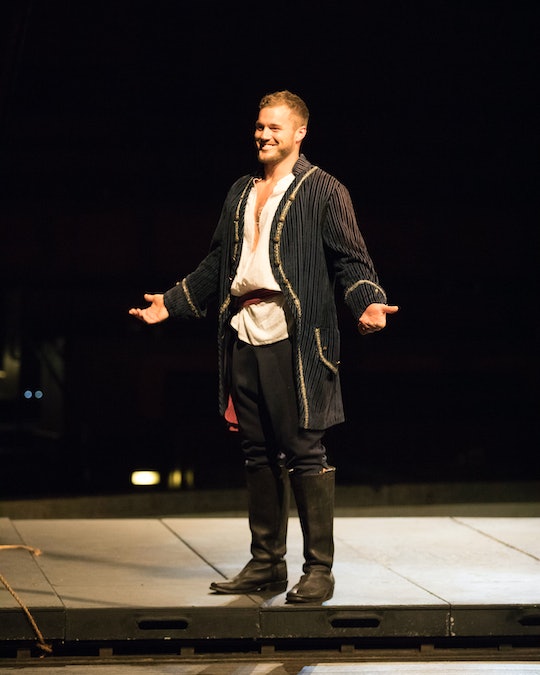 Something The Bachelor appears to be trying in earnest this season is giving Colton the opportunity to create little video diaries, especially as the group starts traveling to exotic locations. But they're usually pretty cheesy and these tweets about Colton's "vlog" on The Bachelor prove that fans have no problem letting the show know how awkward this particular development is.

It seems obvious that production is trying to incorporate more video diaries in an effort to make the show feel more intimate and/or relevant in an Instagram Story world. But intercutting a sleekly produced show with rambling, shirtless, amateur selfie videos isn't exactly having the desired effect. It feels kind of like pointless filler, and, honestly, aren't most people tuning in for drama, confessions of past relationship trauma, and ridiculously over the top hot air balloon dates? The fact that Colton is always glistening and fresh off a workout in them doesn't exactly scream that his vlogs are for viewer enrichment.

This week, Colton and his remaining contestants traveled to Nha Trang, Vietnam, and his first vlog of the trip, of course, was set against the backdrop of a stunning beach. "Hello!" he shirtlessly greeted viewers from a terrible angle. "It is my first morning here in Vietnam and I am just finishing up my run for today. Hit the beach pretty much before anybody got up." Riveting stuff. Needless to say, Twitter is feeling pretty over these.

Colton did add a message about his expectations and challenges for the week ahead, but why it was necessary to package these in a selfie video rather than the usual confessional-style interview with producers isn't totally clear. "You know, there's been a lot of moments where I've been starting to feel overwhelmed or anxious," Colton explained. "I think this week is going to be about providing clarity in a lot of situations and a lot of different relationships."

That much was true. Since last week's episode ended in a rose ceremony cliffhanger, The Bachelor picked up this week with Nicole and Onyeka's elimination. After a feud so bitter that Colton got distracted by it at his own cocktail party, he ultimately decided to send them both home. Later, Sydney, the 27-year-old NBA dancer from New York, decided to self-eliminate during a group date. She confessed that she wasn't feeling challenged enough in her relationship with Colton and told him that she didn't feel like he was "letting her in." Basically, she needed more vulnerability from him at this point in the process in order to feel able to continue with the relationship and she just wasn't getting it.

But the episode's most heartbreaking moment came when Demi snuck into Colton's room in the middle of a rainstorm to confess that she was falling in love with him. It was especially gut-wrenching since they had just spoken to her mom — who had recently been released from federal prison — on the phone earlier in the episode. Demi had shared a lot with Colton and watching her get eliminated after saying I love you was pretty tough, even though he was as gentle with her as he possibly could be. It definitely seems like relationships are reaching the make-it-or-break-it point in a new way this week.