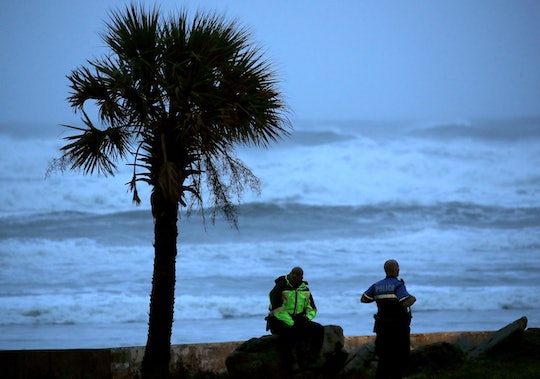 Twins Raise Funds For Hurricane Dorian Victims & Inspire Us All

When I think of the Bahamas the first word that tends to come to mind is paradise. White sand beaches, lovely people, warm days in the sun and nights under a starry sky. Sadly, this is not the case for the tropical paradise right now. Hurricane Dorian has wreaked havoc in the Bahamas, and the people who live there have been left to deal with the aftermath. Some have been left homeless, some injured; some have lost loved ones forever. Fortunately there are people out there in the world who truly want to help. Like these twins raising donations for Hurricane Dorian victims in Connecticut. They might be in high school still but that isn't stopping them from trying to make a difference.

Alex and Emily Catterson are 17-year-old twins from Stamford, Connecticut. The two girls have been spending their precious last week of summer before heading into their senior year of high school doing something a little different, as their mother told Connecticut News 12. Instead of focusing on back to school shopping or hanging out with their friends, Alex and Emily spent the week collecting clothes and important household items at their parents' home to ship to the Bahamas. While the twins presumably heard about the widespread devastation caused by Hurricane Dorian in the island chain that left seven dead and countless people without homes, it was a personal connection that really galvanized them into action. It seems a family friend was left homeless by the storm, and this spurred them on to want to help.

Alex and Emily hung flyers asking for donations around their hometown of Stamford in an effort to help their friend and anyone else affected by the storm. The twins hope to ship some much-needed support items by the end of the week.

These two thoughtful twins aren't the only ones hoping to offer aid to the victims of Hurricane Dorian in the Bahamas. Grammy award-winning singer Rihanna, who is a native of Barbados, has pledged to offer aid to the islands through her Clara Lionel Foundation. The foundation, which Rihanna started in 2012, aims to "support and fund groundbreaking and effective education and emergency response programs around the world," as per the website.

As Hurricane Dorian moves past the coasts of Florida and Georgia and gets set to make landfall in South Carolina, it's important to make sure every area affected by the massive storm is offered aid. After all, it can be difficult to focus on the Bahamas once the storm is ravaging your own country. But the reality is that the Bahamian people have suffered mightily and will continue to suffer as they try to rebuild. They will need help, even after the furor has died down. Which is why it's so amazing to see people like Alex and Emily Catterson calling attention to the devastation the Bahamas has suffered.

If you would like to help victims of Hurricane Dorian click here for information on how to get in touch with aid organizations, because help will be needed for the foreseeable future.