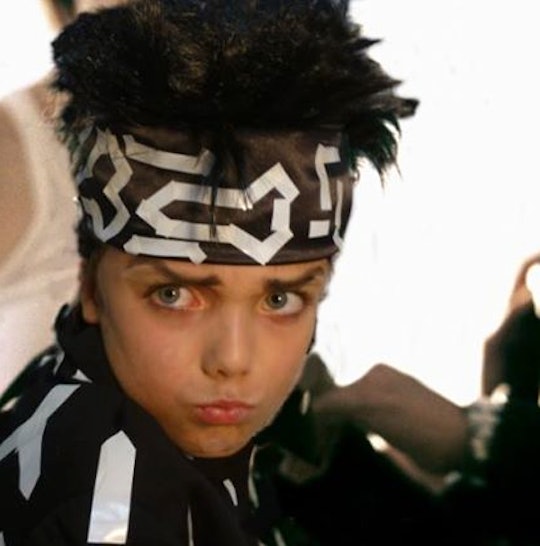 How many 9-year-olds do you know who are quick to think of anything other than themselves and videos games, let alone fellow kids who are battling cancer? Yeah, I can't really think of too many either; kids are pretty self-absorbed for the most part. But for Jack Churchman of Perth, Australia, the selflessness and empathy we only come to really cultivate as adults has already ingrained itself in his Jack's Big Cut project, in order to raise awareness and money for kids battling cancer. The idea of recreating famous movie scenes to gain awareness was in its infancy when Jack found out that his little sister's kindergarten class had three students in it who were all fighting cancer.

At first, the magnitude of it all didn't really click with Jack, and then he saw the effects and struggles of these kids, the fact that his sister had to be mindful of her own health and stay home from school with something as simple as a cold, so as to be mindful of these kids' immune systems. Jack began to realize the power of this sort of disease in children and decided that he had to do something (which is a hell of a lot more than we can say for most adults even, so to have a 9-year-old take on this mission of sorts to help in any way he could is humbling to say the least.

This desire to help kids like his classmates is where Jack originally got the idea to recreate famous movie scenes to raise awareness and raise money for those kids battling cancer and other life-threatening diseases. Jack's mom, Suzannah, who helps stage the photos and actually takes them herself, noticed Jack's interest in helping as soon as he noticed it himself.

He was initially curious, but then he realized the implications and just became very motivated to do something.

To date, Jack's cause has raised more than $5,000 but Suzannah's goal is to simply "keep up with him." In addition to the funds they've raised, Jack also routinely organizes raffles and movie screenings and has plans to complete 100 movie recreation photos in all. And I'm definitely not complaining. From this kid's Jack Sparrow to his Mrs. Doubtfire, I am kind of in love with his spirit. And, according to his mom, he's always been that way.

He likes to visit the dementia patients at our community senior's home, he sings in a choir, walks shelter dogs. He just genuinely likes being useful.

But before the kid can get too big of a head, she's quick to admit that he has an entirely too messy of a room, like any other kid, and also like any other kid, he hides his dirty socks under the bed too. Or, you know, like any full-grown adult husband. As far as the actual photo taking process goes, Jack and his mom are pretty in sync, working as a team with both makeup and props. They're so good, in fact, that they're just seven photos shy of their goal of 100 photos. But of the many currently posted on their Facebook page, there are a few of his re-imagined movie photos to kind of be obsessed with.

More Like This
13 Is "Too Early" For Kids To Be On Social Media, Surgeon General Cautions
Barbie Honors Aviator “Queen” Bessie Coleman In Their Inspiring Women Line
Mom On TikTok Asks Daughters Why They Want To Be Boys & Same, Girls, Same
The Best Travel Tips For Solo Parenting
What Parents Are Talking About — Delivered Straight To Your Inbox