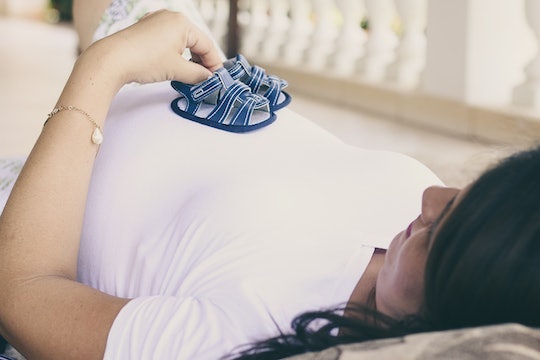 This Country Surprisingly Has The Worst Paid Leave Laws

Americans have always taken a lot of pride in being the best at things. Having the best food, the best movies, the best towns — really, the best everything. Well, except in one terribly sad category. It turns out the United States has the worst paid leave laws of any developed country in the world — a sobering fact for American working mothers and their children.

According to a 2016 study of 193 countries conducted by the International Labor Organization, an agency acting on behalf of the United Nations, the United States is at the bottom of the barrel of developed countries, in terms of paid maternity leave laws. The Family Medical Leave Act of 1993 allows mothers only 12 weeks of unpaid leave after giving birth as long as they work for a company with at least 50 employees, a private or public school, or government agency. And they are also required to have worked full time for 12 months to receive the benefit. Almost half of American employees (just over 40 percent) don't meet those requirements, and therefore don't receive the benefit.

Regardless of their eligibility, how many people can realistically take 12 weeks of unpaid leave anyhow? Far too many new parents are forced to make an awful decision: spend time with their new baby and allow their bodies to fully recuperate, or put food on the table.

It's a ridiculous abomination that nearly all of the countries in the United Nations have a better paid parental leave policy than the United States. As Jody Heymen of the World Policy Center at UCLA told NPR:

The U.S. is absolutely the only high-income country that doesn't, and as you can tell by the numbers, overwhelmingly the world provides it. The world not only provides paid maternity leave, but they provide adequate paid paternity leave.

During its study of countries around the world and their respective paid leave laws, the International Labor Organization came to the conclusion that new parents need a minimum of 14 weeks for maternity leave. It also noted that women should receive 66.7 percent of their prenatal earnings. There are many countries all over the world who meet these minimum requirements. In fact, the ILO found that Eastern European countries in particular offered an average of 27 weeks of paid leave.

Now that we know which country has the worst paid leave laws, which ones have the best (you know, just in case you were feeling like a little trip abroad to have a baby or something)? Denmark and Norway tied for the top spot. Both countries offer 52 weeks of leave with 100 percent of their previous wages for the entire year. Serbia, Sweden, Croatia, and the United Kingdom rounded out the top five spots, with each country offering a full year of paid leave.

For a country that prides itself on being the best, the U.S. needs to do better. Much better.