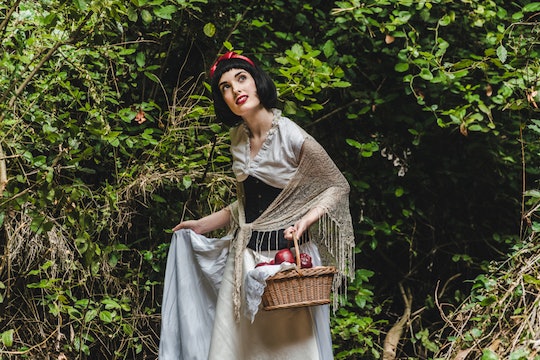 Dream Job Alert! A Family Is Hiring A Part-Time Nanny To Dress As A Disney Princess

Sometimes it seems like there are no really excellent jobs out there. Like you might like one or two things about a particular job, but you won't be able to find anything that speaks to your soul. Well, I'm here to tell you that there is, indeed, a perfect job out there for the taking if you happen to like hanging out with kids and dressing as a Disney princess all the time. As INSIDER reported, a family from the United Kingdom wants to hire a nanny to dress as a Disney princess and they're even willing to offer some pretty sweet incentives. As if the opportunity to dress as a Disney princess daily isn't incentive enough.

A family from Brookmans Park, Hertfordshire has placed an ad for a new nanny on the online platform for childcare providers Childcare.co.uk. There are plenty of parents who post ads for nannies on this platform with pretty standard qualifications — things like compatibility with children, flexibility, perhaps a little CPR knowledge in case of emergencies, that kind of thing. But I feel it's safe to say very few parents are looking for a nanny to be in full costume as a Disney princess and stay in character while caring for 5-year-old twins.

"Like most 5-year-olds, our girls are obsessed with Disney and we feel this would be the best way to communicate some important values," the mother of the twin girls explained in the advertisement, as INSIDER and The Mirror reported. "We know this isn't a normal request for nannies, however we think it would be a great way to teach our girls about things like determination, compassion, fearlessness, and ambition from strong yet relatable female role models like Princess Tiana, Princess Anna, Belle, and Cinderella."

This mom might be on to something here. In recent years, the Disney princesses have evolved from damsels in distress to strong, independent women to be admired. Think of Belle's determination in Beauty and the Beast, Merida's courage in Brave, Elsa and Anna's loyalty to each other in Frozen.

Plus the costumes are pretty amazing... and in this case, included as a perk of the job.

Not only will the chosen applicant for this job get access to awesome Disney princess costumes, she will also be offered a salary of around $53,000 per year for a part time position. And the job description sounds pretty fun too — there will be baking, arts and crafts, creative play, cooking dinner, and... singing, according to The Derby Telegraph.

As this mother noted in the job description, this isn't exactly a normal position, but it could be a special one for the right person:

We are looking for someone who can commit to a character and create a really fun atmosphere in our home, but also won’t be afraid to be a disciplinarian if the twins are naughty or act out – they can be little terrors at times! The right person will have a real creative flare as well as a passion for all things Disney and will be able to share that love of those characters with our girls.

I guess it just goes to show you that sometimes, the right job will create itself for you. Cinderella was right, guys, the dreams that you wish will come true.