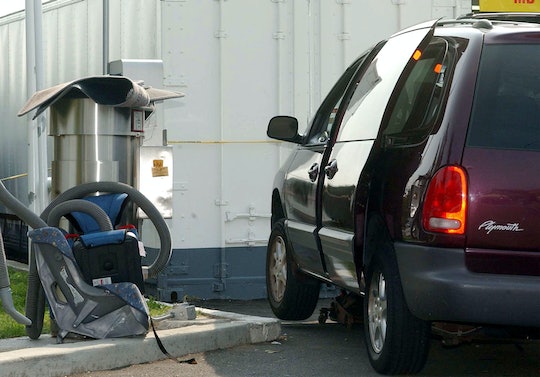 This Handy Car Seat Chart Will Ease Your Worries

Ah, car seats. Most parents have a love/hate relationship with them. They keep children safe, which is obviously hugely important. But the installation of said car seat can leave even the most confident of parents paralyzed with feelings of inadequacy. Thankfully, the American Academy of Pediatrics', or AAP's, handy chart on car seat safety should assuage most of the panic and give parents room to worry about the million or so other problems running through their brains.

The AAP recently released its latest car seat safety guidelines, including what sort of car seat your infant should be using based on age and weight, helpful tips on the LATCH (lower anchors and tethers for children) and seat belt testing, as well as answers to frequently asked questions. Here is the general car seat guideline recommended by the AAP for your child:

While it's all well and good to have the fundamentals of car seat safety guidelines, installing the car seat is more than half the battle (if you don't count trying to wrestle a screaming toddler into their car seat, because that's considerably worse). The CDC shared a helpful chart to help parents figure out car seat installation as well.

A properly installed car seat can be the difference between life or death in the event of a car accident, and the CDC has also shared some sobering statistics about car seat safety:

Hopefully, these charts will help ease some of the car seat anxiety for parents out there, because being a parent is enough anxiety on its own.