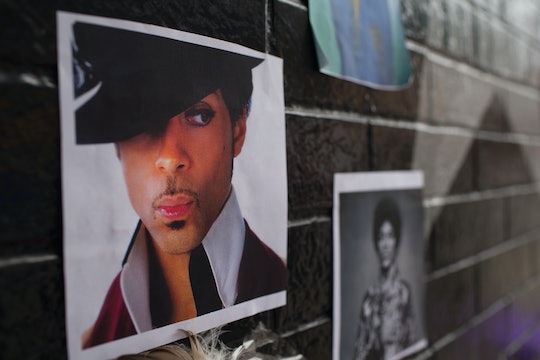 This Little Prince Cartoon Of Prince Is Exactly What Fans Need

As the world continues to mourn the loss of Prince, fans have found comfort through his music, gatherings, and a few cartoon illustrative images that have been making rounds on the Internet — and, that are resonating with fans now more than ever. The illustrations feature Prince, in place of the original character and depiction in Antoine De Saint-Exupéry's classic story, The Little Prince. And this Little Prince cartoon illustration is exactly what fans need, while they remember the icon – the legendary – Prince.

One illustrative adaptation of The Little Prince, was created by Canadian artist, Jenna Crawford. Crawford reportedly drew the design in 2012, and after news spread that Prince died at age 57 on Thursday, Crawford told BuzzFeed News that her illustration quickly became a way for fans to memorialize the icon:

I basically came home to find my drawing was famous. Two days ago, I was just some bumpkin doing a webcomic and character designs. Now I’ve got people sharing my drawing all over the world. People are memorializing one of my big personal heroes with my art. That’s something I never thought would happen.

"I made this back in 2012, and holy cow!!" Crawford wrote on her Facebook page. "It's being put everywhere online right now! I'm honestly weeping as I write this. I'm so happy people are enjoying this picture."

Another cool illustration of Prince, in an adaptation of The Little Prince, has also been widely shared on social media. A man named Sean Gregory Miller appears to have created this illustration of Prince back in 2013. On his Facebook page, he explained that the illustration had grown in popularity since Prince's death, and that he was "happy to contribute to the celebration of his talent."

"People have been asking me if I'll have prints of this with me at upcoming shows. Considering its growing popularity (especially now) it feels really really dirty to try and profit off of another persons death. I'm torn. It would be a way to celebrate him and how amazing of a musician he was but at that point, why not just give them away, ya know? If I have any with me at a show, you can have them. If I don't, feel free to right click this, save it, and print one. I'm glad people like it and as a fan of his music, I'm happy to contribute to the celebration of his talent. ‪#‎prince‬"

It's hard to say how long it's going to take Prince fans to come to terms with his death. But his images, songs, impact, and what he stood for, should always live on.