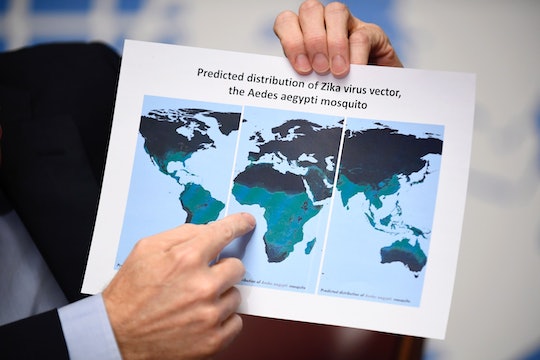 Human beings have been battling mosquitoes since forever. It's a battle we often lose. Mosquitoes carry infection and disease and most recently, the dangerous Zika virus. They travel without borders in increasing numbers, the females of their species biting again and again to assuage their constant hunger. They are difficult to kill and nearly impossible to contain. One only has to look at this map of Zika-infected areas to see how widespread the virus has actually become.

The Zika virus, which is primarily spread through mosquito bites, originated in Uganda in 1947 and spread slowly to tropical Africa, Southeast Asia and the Pacific Islands. In May 2015 the first case of a human being infected with the Zika virus was reported in Brazil, according to the Centers for Disease Control.

Zika is difficult to diagnose as the symptoms are fairly common. They include mild fever, skin rashes, conjunctivitis and joint pain to name a few. There is currently no vaccine or remedy for the Zika virus. Thousands of travelers visiting Zika infected zones are reminded to take precautions. Protecting yourself against insect bites with mosquito repellent that does not contain DEET, wearing light-colored clothing that covers as much of the body as possible and even considering the additional protection of mosquito netting while you sleep are important.

So just how widespread is the outbreak as of 2016? This map, issued by the CDC, paints a fairly sobering picture.

The reports of active transmission (the purple areas and circled areas on the map) are clearly moving throughout the Americas. And while the World Health Organization reports that as many as 67 organizations are working on experimental research and development, there is no word on a viable vaccine as of yet, even as predicted spread begins to worsen.

One interesting development that sounds as though it has been ripped straight from a science fiction story is from the U.S. Food and Drug Administration (FDA). Scientific American reports that the FDA have been conducting preliminary trials of genetically modified mosquitoes to be deployed in Florida. The state of Florida declared a public health state of emergency last month due to the Zika outbreak.

Zika virus is particularly dangerous to pregnant women infected within their first trimester. According to a study published in the Lancet medical journal, after studying cases of Zika outbreak in French Polynesia between 2013-2014, one out of every 100 pregnancies could result in instances of microcephaly, a birth defect resulting in abnormally small heads in infants. There have been nearly 4000 reports of babies born with Zika-related microcephaly since October 2015 in Brazil.

The fight against the mosquitoes continues, but for now, the public's alarm at Zika's rapid spread may be at least partially warranted.