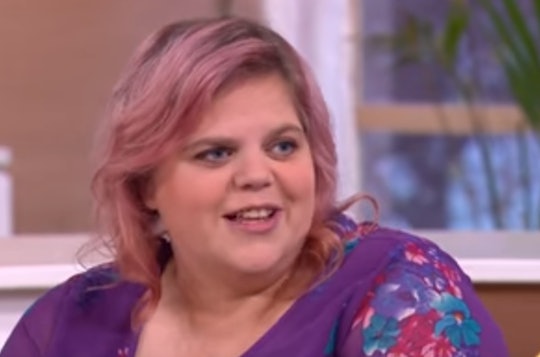 I have four big sons. They eat food. This is what they do when they come home for the holidays; they eat all of the food. And they all like different things, and assume that my life probably revolves around making them their favorite foods when they come home. I mean, it sort of does, but still. They eat a lot of food. So when I read about this mom charging her family for Christmas dinner, that little light bulb went off above my head. In the word of Dr. Seuss, I got an idea. An awful idea.

Gemma Andrews, a mother of four (almost five), is a British woman who has been charging guests around £30 (roughly $40) a head to eat at her Christmas dinner table. She told U.K. talk show This Morning that she used to charge around $10 per person, but her prices have gone up over the years. She has been hosting around 16 people for Christmas dinner for around 10 years because her son has severe food allergies, and she likes to cook at home to be sure she knows what he's eating.

So I'm sure you have questions, like why does she charge guests for Christmas dinner and why has her price gone up? Also here's a supplementary question... what is she serving? Because I might be willing to pay for a home-cooked Christmas dinner, to be honest.

There's a reason Andrews started charging people for Christmas dinner, as she told This Morning:

The very first year I opened my house to everybody, Christmas Eve I got it down by five people, putting my out-of-pocket for excess food. The next year, I tried doing the "bring a dish," come Christmas Eve, people were saying, "Oh, I forgot to get it," so on Christmas Eve on running around trying to find a bag of prawns.

Eventually, Andrews got justifiably frustrated. So she started charging friends and relatives (but not children) to eat at her dinner table. Initially just $10, but prices have gone up as people have gotten older and more alcohol is consumed. "The alcohol content has gone up as more children become adults, and there are more people who have had children," she told This Morning.

Now I totally get this; Andrews is willing to do all the planning, shopping, cooking, and cleaning, as long as people are willing to pay for their portion of food. It's sort of like a potluck dinner, really, only you don't actually have to bring anything.

Unfortunately, not everyone is warming up to the idea. Some people have taken to social media to call Andrews out as a bit of a Grinch, actually.

Writer and co-anchor of This Morning Kathy Lette, who sat in on the debate, was especially horrified that Andrews was charging family for dinner. As she noted:

My goose would be well and truly cooked! No one would turn up to my Christmas dinner because they would be so insulted that I could be so mercenary and mean spirited!

One of the hosts of This Morning, Phillip Schofield, came to Andrews' defense and pointed out that, charging people or not charging them, she was still doing a "lovely" thing for her family. "For me, I think you and your family, you've come to an arrangement that suits everybody, and so it's not for anyone to judge how you decide you're going to fund your Christmas," Schofield said. "It is an incredibly expensive time."

Schofield wasn't the only person to weigh in on Andrews' side. Some people took to Twitter to point out that, while they don't charge money for supper, they do expect people to contribute to the meal. And since Andrews made it clear that her family and friends weren't great at contributing, perhaps she's figured out a situation that suits everyone.

So this year, maybe I won't charge my kids for dinner. But Gemma Andrews has me thinking I could at least ask for some help. What a novel idea!