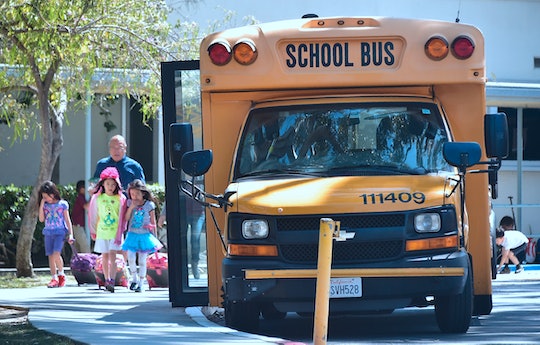 Raising a child with autism is not easy and it gets even harder as the kids get older and head off to school. And this mom's note asking people to be kind to her autistic son at school illustrates just how different of an experience it can be for both parents and the student. Cara Thulin, a mom from Missouri, posted an open letter on Facebook, calling out to the teachers and community around her son Zeke's high school.

"Attention parents and kids and teachers at Kickapoo...This boy is in your ranks now. And I need you all to help me," she began her post. Thulin then explains that Zeke grew up differently than other kids, accurately pointing out that while other babies were sitting on the floor learning how to socialize with other children and picking up on cues and all that, Zeke's brain was learning how to protect him from his senses going into overdrive. Which is a very simplistic, but accurate way to describe some children on the autism spectrum. She continued:

He runs to class, he doesn't know his graduation year, he gets really confused in busy hallways, and he loves that he can tell what year you are by the color of your ID badge.

The doting mom urged people at the school to say "hi" to her son and tell him how badass (OK, she said to merely compliment) his favorite band T-shirts are. She reminded her network that Zeke might not respond to people, making him seem rude or off-putting, but he just takes longer to process all of those off-the-cuff greetings and internalizes kindness just like the rest of us. Thulin wrote on Facebook:

She ended her note by getting very real. Thulin reminded people that she was raising a strong young man, and only hoped that others would make sure to raise kind children.

Autism and other learning disabilities are often unnoticed by people, which opens children living with them left out of social circles or at worst, bullied. Thulin told POPSUGAR:

I've always said to myself that if Zeke could just wear a sign that said, 'I'm autistic, give me a break,' he'd have a better chance at lifeBut of course, we can't do that to our kids. When you say 'autism,' it isn't fully understood by most people.

Hopefully Zeke has a great school year and that the moral of Thulin's message is shared so that more kids, parents, and teachers will understand a little better what teens like Zeke go through on a daily basis. And go easy on them if they're frazzled on the way to class or seem to not be paying attention. Because they are.