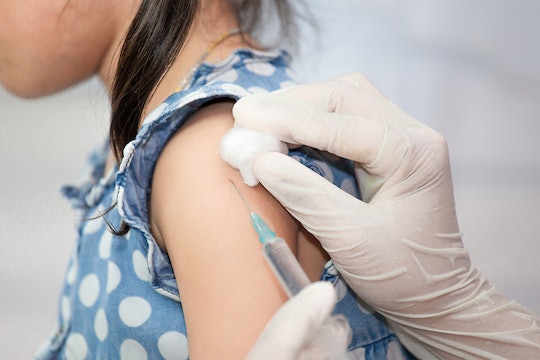 This New Flu Vaccine Could Provide Lifelong Immunity Against The Virus

Dream with me for a moment, won't you? Imagine a world without the flu. A world without long winters of sniffling, sneezing, fevers, and all manner of flu-related illnesses. Now imagine a world where all of these things could be prevented with just one vaccine. That world could well be coming down the pike, because researchers may have had a breakthrough on a new flu vaccine that could provide lifelong protection against the dreaded illness. And won't that be a glorious day, indeed?

Researchers at Nebraska's Center for Virology have been studying a new type of flu vaccine that could potentially replace the current seasonal vaccines. This new vaccine uses ancestral genes from four different virulent flu virus strains to provide protection against the ailment, according to Live Science.

Lead researcher Eric Weaver, who is an assistant professor at the School of Biological Sciences at the University of Nebraska-Lincoln, explained in a statement to the University of Nebraska website that the study is the first to look into whether a universal flu shot using four different strains of the virus at the ancestral level can offer lifelong protection. Weaver noted in the statement:

The ultimate goal is to be able to vaccinate once and provide lifelong protection. To put this in other terms, our current influenza vaccine programs and technologies reduce influenza infections and hospitalizations by 4.75 percent and 6.9 percent, respectively. There is no doubt that there is a need for more effective vaccine technologies.

According to the Centers for Disease Control and Prevention, approximately 40 million Americans contracted the flu in the 2015-2016 season. The flu season runs from November through March. During that time, 970,000 people were hospitalized because of the influenza, and the CDC estimated that 1.9 million hospitalizations were prevented because of the flu vaccine.

While this is absolutely a step in the right direction, researchers have struggled to develop a vaccine with any sort of long-term effectiveness, that would remain the same from one season to the next. Flu viruses mutate quickly, and each year scientists must develop a new seasonal flu vaccine to combat whichever flu strain they predict will be the most virulent for that season, the CDC notes. The seasonal flu vaccine, which the CDC strongly recommends for anyone 6 months or older, contains weakened or dead versions of the flu viruses. Dr. William Schaffner, an infectious disease expert from Vanderbilt University, explained to Live Science:

Since the flu virus frequently drifts in its genetic composition, you have to reformulate the vaccine, and this is one of the reasons that people have to [get a flu shot] on an annual basis.

Weaver and his associates, Amy Lingel and Brianna L. Bullard, said in an article in Nature that they believe they have discovered an approach to a universal vaccine that is "scalable and translatable to humans and may provide the foundation for complete and long-lasting anti-influenza immunity."

While it's exciting to think that there could be a universal flu vaccine in our future, it is probably a long way off. Perhaps even as far away as 2020 or 2025. So as research will continue, here's hoping that, in the not-so-distant future, suffering from the flu (and getting a shot each season) will be a thing of the past.