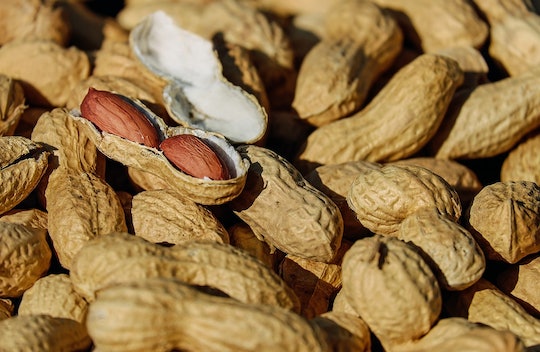 A New Treatment May Actually Cure Peanut Allergies In Kids

Those Australians, right? Not only do they have those amazing accents, but it seems they are also pretty amazing at scientific breakthroughs. In fact, Australian researchers have recently may have found a treatment to cure peanut allergies in kids, giving parents a reason to tentatively rejoice.

Scientists at Murdoch Children's Research Institute in Melbourne, Australia conducted a small but intensive study looking at the way probiotics could affect peanut proteins in allergic children. As the BBC reported, Professor Mimi Tang, an immunologist and allergist, lead the study of 48 children, half of whom who were given a probiotic with a peanut protein every day for 18 months (the rest were given a placebo as a control group).

After analyzing the data, the results were encouraging: After one month of receiving the probiotic Lactobacillus rhamnosus alongside the peanut protein, 80 percent of the children did not experience any allergic reaction. Even after four years, 70 percent of children still did not have any reaction to peanuts. Professor Tang told The Independent:

These children had been eating peanut freely in their diet without having to follow any particular program of peanut intake in the years after treatment was completed.

Tang also noted that this was the longest period of time a new treatment has proven effective.

Impaired breathing, swelling in the throat, a sudden drop in blood pressure, pale skin or blue lips, fainting and dizziness. Unless treated immediately with epinephrine (adrenaline), typically administered in an auto-injector, anaphylaxis can be fatal.

The Australian study, which was published in The Lancet Child and Adolescent Health journal, has yet to be confirmed by the larger scientific community. But the results provide a positive light at the end of the tunnel to people who have been avoiding peanuts for fear of illness. Tang told The Guardian:

The way I see it is that we had children who came into the study allergic to peanuts, having to avoid peanuts in their diet, being very vigilant around that, carrying a lot of anxiety with that and, at the end of treatment and even four years later, many of these children who had benefited from our probiotic peanut therapy could now live like a child who didn’t have peanut allergy.

Those Australians... clearly they're on to something.