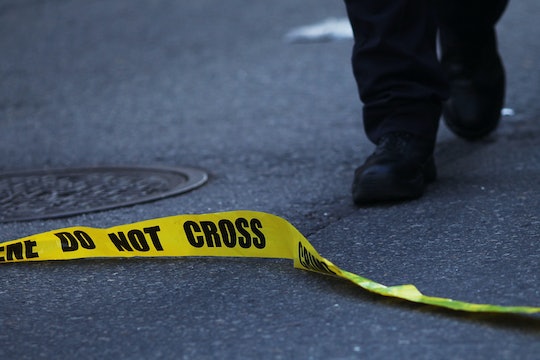 Earlier: At around 2:15 p.m. EST on Wednesday, at least three shooters in San Bernardino, California entered the Inland Regional Center and began shooting, killing at least 14 people and injuring at least 17 others. As the police and response teams in California continue to work to bring the situation to a conclusion at this time (Update: The suspects were still at large when this post originally went up; two were later apprehended and one of the suspects has been identified as female), the response from the People Of The Internet is already loud, clear, and quite conclusive: This is all becoming so heartbreakingly exhausting.

The San Bernardino shooting, which comes barely three weeks after a mass shooting in Paris left over 120 people dead, has only hammered in not only how frequent gun violence, mass shootings, and domestic terrorism have become lately, but that enduring the colossal wave of complicated emotions that these horrific events bring with them does not get any easy. In fact, in a year that's already seen more than 350 mass shootings in the U.S. in 2015, I think it's safe to say that weathering the fear, shock, outrage, frustration, and almost unbearable sadness that accompanies mass shootings only gets harder the more it happens.

If there's anything more tragic than the loss of life in San Bernardino today (and admittedly, there's not), it's that the frequency with which mass shootings are occurring in this country means that in the coming weeks, months, and years, those of us who are not intimately tied to the events in California today will very likely have a hard time picking this mass shooting out of a mental lineup of the countless others that bore a terrifying, mind-numbing resemblance to it. As much as we all cry out that we refuse to accept this as our new normal, the fact is, it might be happening without our permission.