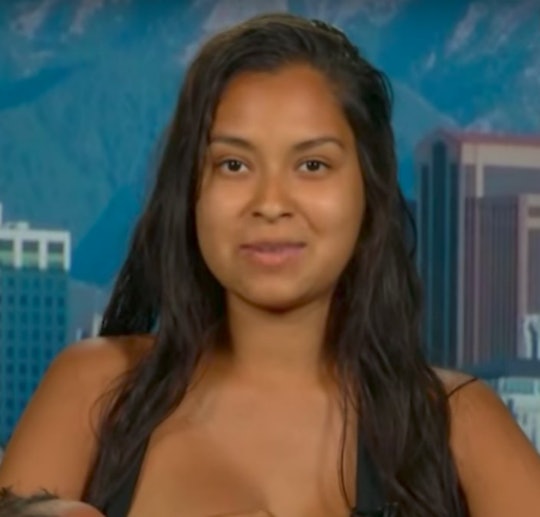 There's A Petition Against Tasha Maile For Breastfeeding During Sex

After recently defending her video about breastfeeding during sex, during an interview with This Morning, a petition against Tasha Maile began circulating the internet to put her on a sex offender's registry. The petition claims that Maile engaged in a crime by involving her child in a sexual act, which is probably a stretch under the California penal code, where she resides. Maile has a YouTube channel on which she publishes videos about attachment parenting and is often breastfeeding.

Although there is absolutely nothing sexual about breastfeeding, the petition creators claim that it borders on pornography. "Tasha moans during breastfeeding and pushes her children's heads down if they move away from her breasts, which indicates forced breastfeeding," the petition reads.

There is no video of the act in question, she is only claiming that she did it, so unless there's proof that sex abuse occurred or that she actually used her child to sell actual pornography, there's no way to bring charges against her, as the petition hopes to do.

Some people could liken having sex while breastfeeding to having sex while co-sleeping or sharing a room with an infant. (Though it can't be as comfortable with the baby feeding as you get it on.) But Maile's defense has really struck a nerve with some people. On the petition, the creator says that sex should never happen anywhere near a child, ever.

Up until 6 months old, though, babies don't have any memories, so it's not like they'd be scarred for life and remember it. Does that make it OK? That's for individuals and lawyers to figure out. And it's a tricky legal argument — if you can't breastfeed and have sex, can you have quiet sex while your newborn is sleeping in a crib in your master bedroom?

A lot of the response has to do with what many perceive as the sexualization of the breast during Maile's videos. Breastfeeding advocates and allies have worked hard to raise awareness that breastfeeding isn't a sexual act, and so women should be allowed to feed their child in public or wherever they want, which is true.

Maile's provocative statement about having sex while her child was attached possibly blurs the lines of what's "appropriate." But until there is proof that she did something legally wrong, it might not be anyone's business.