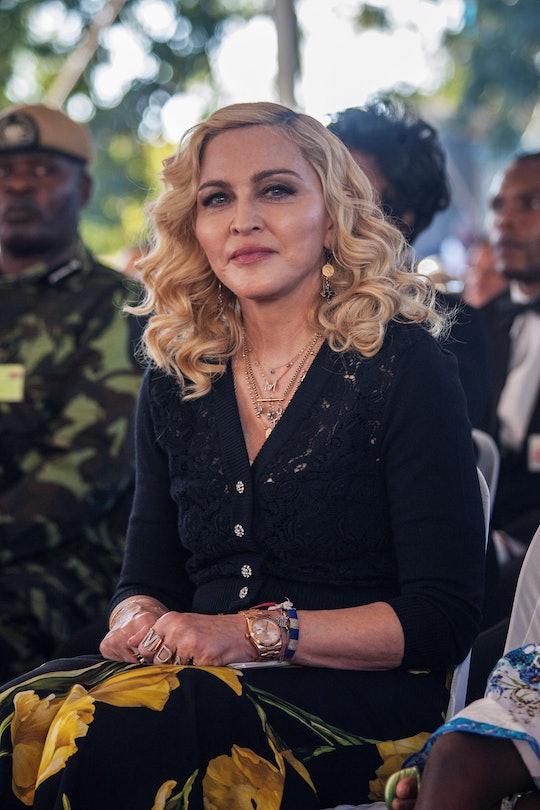 This Photo Of Madonna & Her 6 Kids Is Seriously…

Madonna was once the poster girl for all things controversial. Back in the day (yep, I'm that person), she seemed to love nothing more than stirring up controversy. Admittedly, it was really easy to get people riled up in the 80s and early 90s; basically just kiss a girl or wear something a little cleavage-y. But still; the Material Girl loved to push buttons. These days, though? She is all about being a grounded mom who adores her kids. And this photo of Madonna with her six kids is so indicative of the woman she has become. Rooted in her present while embracing her past... she is still rocking a corset, after all.

To celebrate her 59th birthday in Lecce, Italy on Thursday, the legendary pop singer threw a Gypsy-themed birthday party. Present were all of her children; 17-year-old son Rocco and 11-year-old son David, 20-year-old daughter Lourdes, 11-year-old daughter Mercy James, and her newly adopted four-year-old twin daughters from Malawi, Estere and Stella. She snapped an epic pic and shared on Instagram. marking the first time Madonna has shared a picture of herself with her entire family. It's a beautiful sight to see. Everyone is dressed in their Gypsy-best costumes, right down to the little twins. And they all look... just so happy to be together. It does the heart good, I tell you.

I was granted permission to adopt David first. And some time later, I filed a petition to adopt Mercy. But this time, the judge who was presiding said no. I was recently divorced, and she informed me, as a divorced woman, I was not fit to raise children and that Mercy James was better off growing up in an orphanage.

Madonna eventually won custody of Mercy James because she wouldn't give up the fight The same held true for her fight to hammer out a custody arrangement with ex-husband Guy Ritchie for their son Rocco. This seems to be the defining characteristic of Madonna's history as a mother; she fights for her kids. And she wins. Every day of the week.

As a woman who lost her mother as a five-year-old girl, it's no wonder Madonna was willing to fight to bring her family together. The years of turmoil, the custody battles, the worry... at the end of the day, I'm sure it was worth it. And that fabulous Instagram snapshot of six smiling "Gypsies" is proof positive that the Material Girl finally got what she wanted; a family all her own.