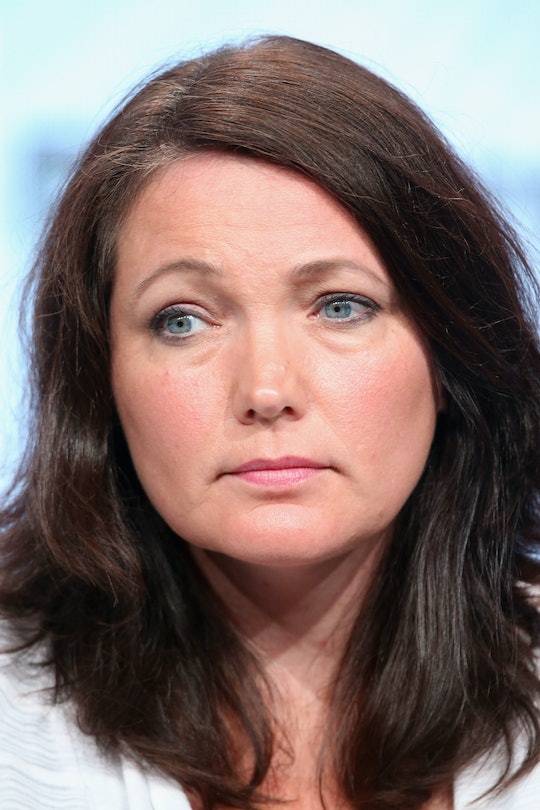 It's been almost five years since a man stormed into Sandy Hook Elementary School and took the lives of 20 children and six adults. Since then, gun violence in the United States hasn't exactly subsided. And now, one mom whose son was killed in the Sandy Hook school shooting has penned a powerful open letter to President Donald Trump about gun reform.

Nicole Hockley's 6-year-old son, Dylan, was one of the 20 children shot and killed on Dec. 14, 2012. In response to the recent shooting in Sutherland Springs, Texas, Hockley's open letter — published in The Guardian — urges Trump to make policy changes that she believes can prevent senseless tragedies from happening again.

In the letter, Hockley argues that the recent shooting in Texas — which claimed the lives of 26 people, many of whom were children — could have been prevented with the right mix of state and federal laws, as well as citizen preparedness to recognize when an individual is at risk for acting out in such a violent and horrific way.

Although some politicians may argue that gun reform is too complicated of an issue to tackle, Hockley's letter provides several suggestions for pragmatic solutions and safety measures that could be fairly easy to implement

Simply put, Hockley's letter makes it clear that, politics aside, too many lives have been taken by guns and it's time for change:

I am asking you, Mr. President, to use your influence to create more meaningful and sustainable solutions. You, along with Congress, have the power to save lives of thousands of Americans and make our country safe again.

Hockley notes that, after the shooting in Texas, Trump argued that it wasn't an issue about guns, but rather referred to it as a "mental health problem," according to Fortune. To Hockley, this sentiment couldn't be more convoluted. "In fact, mental illness contributes to less than 6% of gun violence," she in the letter.

Nevertheless, Hockley's point remains: the shooting in Texas and the other mass shootings that have taken place in the United States can't be written off merely as someone with a mental health condition getting their hands on a gun. As she explained, shootings happen as the result of many factors, and Sutherland Springs is no different:

The truth is that mismanaged and uninterrupted fear and anger, coupled with nearly unfettered access to guns is what happened in Texas, and sadly in most mass shootings.

That "mismanaged and uninterrupted fear and anger," as Hockley put it, is where the reasoning to inflict hurt and violence is born. But usually, there are warning signs that an individual is experiencing those feelings. And there are typically measures that can be taken to prevent them from developing into something horrific.

As therapist Kirsten Brunner wrote in an article for HuffPost, mental health patients are far more likely to be the victims of violence. And, unfortunately, even if a mental health patient is having issues, they won't always be able to receive the proper care they need. "... let’s just say that a potential shooter is struggling with a mental health crisis," Brunner explained, according to HuffPost. "If they do reach out for help, chances are that their insurance won’t cover the counseling or psychiatric care."

Hockley, for her part, suggests that "citizens alone can do a lot within their own community to know the signs and take action to intervene before violence takes place." One way to ensure that those at risk of violent tendencies, she argues — as the Texas shooter had previously been put in jail for assault, as ABC News reported — don't get their hands on weapons is by using Extreme Risk Protection Orders (ERPOs).

ERPOs are already in use in several states and many families of the victims of mass shootings have expressed their desire for ERPOs to be put in place. According to Everytown, ERPOs "enable courts to temporarily prohibit a person from having guns if law enforcement or immediate family members show that he poses a significant danger to himself or others."

ERPOs could have made a huge difference in Sutherland Springs as well as Newtown, Connecticut, as recently released FBI files indicate that there were many signs that the Sandy Hook shooter might have been eligible for an ERPO from those close to him. According to the files, the shooter was described as "a functioning autistic with a personality disorder and was a recluse." According to TIME, one interviewee told an FBI agent that shooter's mother "had become concerned about him a month before the shooting because he had become a 'shut in' who hadn’t gone anywhere in three months."

While the tragedy remains that these acts of violence could have been easily prevented, Hockley's letter to Trump is still important. Not only does she advocate for the federal mandate of ERPOs, but Hockley also notes that money has power. If the president or Congress truly wants to prevent more mass shootings, they should use "the power of the purse, making funding contingent on states taking certain actions," she wrote, adding:

If the government is serious about combatting gun violence, it should put its influence where its money is.

Hockley suggests the government use "federal public safety grants — like highway or law enforcement funding — as a carrot to incentivize states to pass ERPOs." Hockley cites the 1984 change in the legal drinking age, when President Ronald Raegan reasoned that "the problem is so clearcut and the benefits are so clearcut, then I have no misgivings about a judicious use of federal inducements to encourage the states to get moving, raise the drinking age, and save precious lives." To Hockley, the same is happening now, with gun violence. There is a clear problem, and ERPOs could be the clear solution.

However, with the National Rifle Association vehemently opposing ERPOs, and so many members of Congress receiving hefty donations from the NRA (donations during the 2016 election cycle to Republicans totaled $5.6 million, according to Politico), there are likely many barriers preventing it.

But maybe, Hockley's letter to President Trump can provide some logistical solutions, because the children of Sandy Hook, Sutherland Springs, and so many more countless shootings deserve justice. As Hockley put it, the United States cannot be "part of an endless debate that goes nowhere but leaves more death and grieving families every day." Something must be done.

(Read Hockley's letter in its entirety over at The Guardian.)