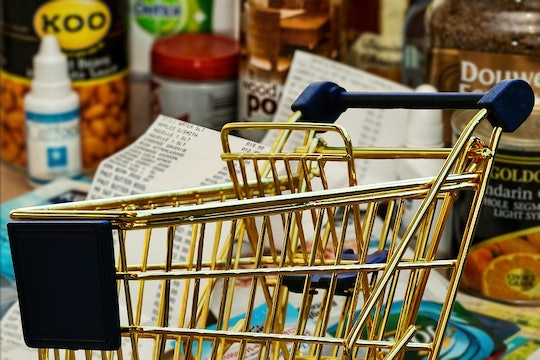 The world can be a dark and stormy place, particularly for a young mother fleeing an abusive relationship. It would be hard enough just to make the choice to go, but trying to find shelter, find help, find a way to make your life better must seem almost impossible. But that didn't stop Stephanie Land. In an interview with CNN, Land talked about how she used a "patchwork of programs" to get back on her feet. This single mom managed to turn her life around for herself and her children. So the next time someone wants to tell you that everyone who uses welfare and food stamps are just freeloaders who don't want to help themselves... don't even.

It's been nine years since Land found herself in a Port Townsend, Washington women's shelter with only $200 in her pocket. She didn't have a job, didn't have family, and didn't know where else to turn. But she had her baby daughter Mia to think of, and her dreams for her own future. For the next few years, Land found herself relying heavily on food stamps, welfare, non-profit organizations, and other federal benefits to turn her life around. She told CNN:

Without these programs. I would have probably lost custody of my daughter or would have been forced to live in a car somewhere.

Land took college courses while staying at the shelter, paid for in part by the Women's Independence Scholarships, which supports victims of domestic abuse. From there, Land and her daughter moved into low income housing close to the University of Montana, so that she could pursue a degree in creative writing. While establishing her residency in Montana, she took a low-paying job to clean houses (Land has since written about that experience for Vox).

Her income barely covered her rent, and she was forced to pay for food with the Special Supplemental Nutrition Program for Women, Infants and Children, or WIC. She told CNN the experience of buying groceries and feeling judged by other shoppers was humiliating. But she persevered.

Today, Land is a successful freelance writer. She is married, has two children, and she and her husband are in the process of buying their first home. In other words, she made that whole American Dream happen. As she wrote in a Facebook post:

I did it, guys. I wrote my way out of poverty.

If President Trump's budget cuts come to fruition, stories like Land's might look very different. Trump wants to slash funding to the WIC, the program that fed Land and her daughter while she worked and went to school to make a better life for herself. Because there appears to be this pervasive narrative that to making America "great" again means punishing anyone who doesn't fit into the Trump administration's narrow definition of a good American.

I asked Stephanie Land what she thought her life might have looked like if she hadn't stuck with it, hadn't worked through what she called the "crushing hopelessness in the inability to get ahead." She told me:

I saw myself working for low wages and stuck in an endless cycle of being caught up in the system of government assistance. That's where the system fails--it's designed to assist full-time minimum wage workers but it's also designed to keep them there. Even Paul Ryan saw that. They expect us to leap without allowing us anything to fall back on. So you're stuck in that place of barely making it until you don't anymore. It steals the hope and pride from families when they lose the encouragement to pursue work that will pay them a living wage and is fulfilling to them. It's like asking someone to pull themselves up by the bootstraps without giving them any boots. That's what the American Dream has become for families in poverty: like building a house without any nails or knowledge.

Perhaps it's time to hold up working moms like Stephanie Land as the ideal. A woman who fought her way out of a terrible situation, gritted her teeth through various indignities, through low paying jobs, through college, all while trying to raise her daughter. This is the sort of woman, the sort of mother we should be celebrating. Not punishing with budget cuts.