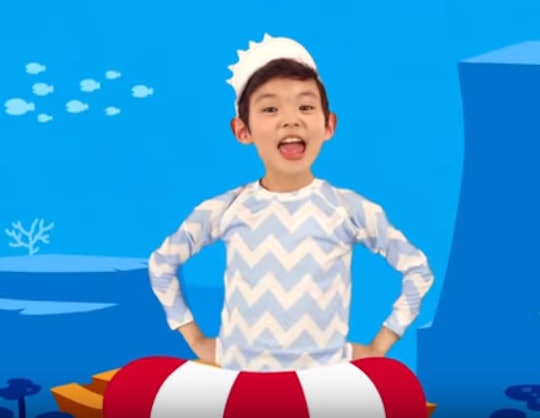 There's really something to be said for a little perseverance. A little determination when things just are not going your way, no matter how hard you try. Which is probably why this video of a little girl trying to get Alexa to play "Baby Shark" has everyone on Twitter so captivated. Watching her determination, despite the fact that it's just not happening, is sort of amazing. Also I'm sorry to be mean, but her irritation with Alexa is also pretty hilarious.

The world is pretty marvelous, when you think about it. Especially now that smart home devices like Alexa and Echo exist to help people get whatever they want the minute they want it. Well, with certain exceptions, I guess. For instance, when you're a little girl who is still learning how to say her words without that sweet childhood rounding of syllables, it's hard to get your point across. Especially when your your home device is sitting on the counter, utterly unconcerned about your efforts. Such was the struggle for this little girl who really, truly wanted Alexa to play "Baby Shark" for her... and it just simply did not seem like it was ever going to happen.

I'm sure you're all well-acquainted with "Baby Shark," the kids' song and accompanying dance created by Korean children's channel PinkFong. The video has been viewed 1.8 billion times on YouTube, and every child in the world seems to be obsessed with it.

Including a little girl named Zoe from Wisconsin. In a hilarious video shared on Facebook, Zoe is wearing the best yellow coat I've ever seen in my life and standing in front of her smart home device, saying "Alexa, play 'Baby Shark," as reported by CBS News. Unfortunately, Alexa was not getting it at all. Her first response?

Sure. Play "Baby Hold Back" by Say Anything on Amazon Music.

Zoe apparently kept at it for five minutes, as per CBS News, and finally relented by playing a snippet of some "Baby Shark" cover song. Not the original, and Zoe wasn't having it.

Finally her mom stepped in and told Alexa to play "Baby Shark." Zoe proceeds to dance around the kitchen — with her hands in her pockets, mind you, acting all casual like it was no big deal. Super chill about the whole thing.

Because what's better than watching a kid finally get her wish of dancing in the kitchen to her favorite song?

This is the flip side to the dark coin that is listening to "Baby Shark" on repeat for the sake of your toddler's happiness. Seeing how genuinely joyful that goofy ear worm of a song makes them when they hear it.

Although I'm starting to worry all of the Alexas are going to revolt and refuse to play it anymore in the near future. This might have been our first glimpse of the uprising.