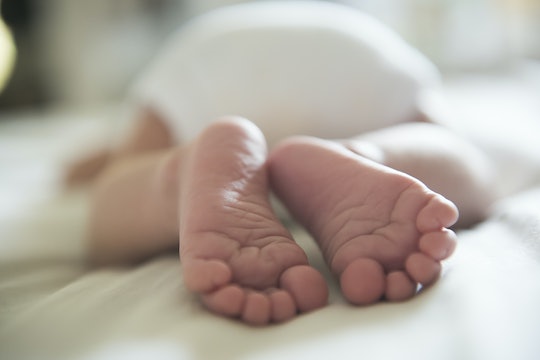 Change can be really difficult for a lot of people, especially when it comes to traditional relationship tropes. For hundreds of years, a marriage between a man and a woman seemed to be the only option, the mainstay, the preferred option when it came to raising children. But times have changed. People have changed, adapted, and opened their eyes to more possibilities in the world around them. And following a historic ruling that was made public this week, it seems like the law is finally changing with them. As reported by The Star, three polyamorous adults have been legally recognized as parents to their child by a judge in Canada. It's a significant, monumental change to the old stereotype of the way a family should look to the world and it couldn't have come at a better time.

A court in St. John's, Newfoundland ruled in favor of three polyamorous adults on April 4, acknowledging each of them as the legal parent of their son (none of whom have been identified), as reported by The Star. This ruling, which was released to the public on Thursday, is reportedly the first of its kind in Canada, according to The Blaze, and it's sure to set a precedent for things to come.

It's important to note that polyamory — which means loving more than one person at a time (polyamorous relationships are not by definitions sexual or about sex) — is legal in Canada, according to CBC. Marriage between more than two people — bigamy and polygamy — remains illegal, as CBC explained.

According to The Star, a lawyer for the family, Tracy Bannier, said this was a case of the law not quite catching up with the changes in society:

Clearly, the judge in this case agreed. According to The Guardian, Justice Robert Fowler of the Newfoundland and Labrador Supreme Court's family division said in his ruling that he was interested, first and foremost, with the well-being of the child. And in the case of this polyamorous relationship, the child was born into a "stable family that is providing a nurturing environment," as reported by The Guardian.

"I can find nothing to disparage that relationship from the best interests of the child's point of view," Justice Fowler reportedly said in his ruling, according to The Guardian. "To deny this child the dual paternal parentage would not be in his best interests."

His ruling continued, as reported by The Guardian, "On the contrary, to deny the recognition of fatherhood (parentage) by the applicants would deprive the child of having a legal paternal heritage with all the rights and privileges associated with that designation."

The three adults in question — one woman and two men — are raising a child born in 2017 and have been in a relationship for three years, according to HuffPost. The family went to court to challenge the decision previously made by the province of Newfoundland that would only allow two parents to be named on the child's birth certificate, as reported by HuffPost. Because of this ruling, all three adults will be named as the child's legal parents.

So what could the far-reaching ramifications look like if adults in a polyamorous relationship are recognized as legal parents? Considering this is believed to be the first ruling of its kind in Canada, there will be issues to sort out, of course. Questions of property and financial support if the relationship should change, as noted by The Star. But for now, in the early days of this historic ruling, perhaps its simply enough to celebrate change. To accept that families all are unique and look different, as Justice Fowler noted in his ruling, according to CTV News:

Society is continuously changing and family structures are changing along with it. This must be recognized as a reality and not as a detriment to the best interests of the child.

At the end of the day, as we are all learning incrementally over time, love is love. And the more people who are there to love a child, to nurture him, to accept all of the responsibility that goes along with raising him, the better.

Editor's note: This story has been updated with an accurate definition of polyamory.