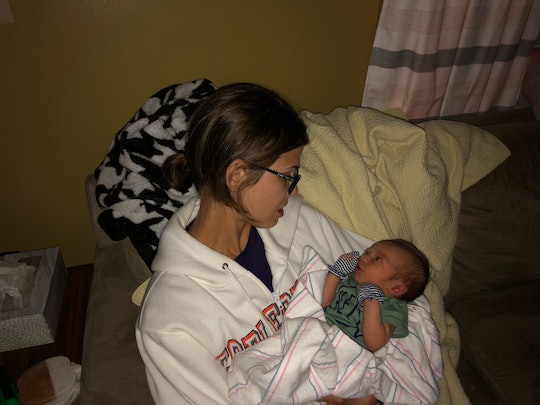 Jackie and her husband have been trying since late 2016. She suffers from hypothalamic amenorrhea, and this is the eighth installment of her Trying diary. You can read the previous entry here.

How the hell am I going to do this?

I’m a mix of anxiety and dread – not the excitement people have expected me to feel – as I walk into the office for my baseline ultrasound and instructions on how to perform the ovulation-stimulation injections. Until now, the fertility process has been a theoretical dance of hoping and planning and jumping through hoops, and now it is staring me right in the face.

Am I ready to do this? To put my body through hell to get pregnant, fingers crossed?

It doesn’t help that everything I have read on the Internet about assisted reproductive therapy, including the superovulation/IUI I am pursuing, is some version of horror story. The needles – my mortal fear – and then the medicine that burns going into your stomach, the bloating and nausea and discomfort, the extreme restrictions on movement out of fear of twisting your swollen ovaries into a knot and having to have them removed. And then the sorrows of failed implantation and pregnancy. For an anxious person who defaults to worst-case scenario, this type of information is less-than-helpful.

It also doesn’t help that the past month has just been an absolute shitshow life-wise.

JP was supposed to go away for a couple of weeks, but then the government screwed up and he wasn’t deployed. But don’t be fooled; he will have to go to “protect” America from something south of the border, but instead of unpleasant certainty, we now have a random cloud hanging overhead. And then a much-hoped-for promotion/transfer opportunity fell through because of stuff that has caused a simmering disagreement between us. Great for baby-making, right?

But we move on with hope for the future. Hope that I saw in my little nephew’s eyes when I met him for the first time the week prior. Hope that maybe he’ll have a cousin close in age to play with. Hope that all of the questioning I am doing about whether this is all worth it in the end — do I want that baby that bad or am I just happy living my boring, yet stable and predictable life? –will be irrelevant when we see those lines on the pregnancy test.

Some people relax with a post-work cocktail; my cocktail is of the pharmaceutical variety, and it is not relaxing.

JP comes with me for moral support to the first appointment; an act of compassion on his part and also a way to stay involved in the process before his “duties” are required. Transvaginal ultrasounds are no fun, but having the man you love reach out and hold my hand, unsolicited, meant more than I would have thought.

A couple of really tiny follicles and a “petite” uterus. Starting from the bottom, I guess.

The doctor says he has no idea how my body is going to react to the gonadotropins: “Your ovaries haven’t been stimulated in a very long time. You could need a little medicine, you could need a lot.” But he does not want to overstimulate me and release a zillion eggs — producing an Octomom is kind of a no-no medically these days – so he starts me on a “regular” dose and then will go up as necessary.

What does a “regular dose” mean, you ask? Two vials of Menopur that I, playing druggist, have to mix with saline solution in the syringe.

We brought our cardboard box of supplies shipped to us from the specialist pharmacy, but the nurse has “practice” vials to demonstrate how to prepare the injection.

“Are you going to inject me right now?” I ask, voice quivering.

No, there were to be no shots then. All injections take place between 6 p.m. and 8 p.m., a lovely two-hour window as I am finishing up business for the day and hungry for dinner. Some people relax with a post-work cocktail; my cocktail is of the pharmaceutical variety, and it is not relaxing.

In fact, the notion of the first injection hung over my head like the Florida thunderstorm clouds all afternoon into the evening. Of course work got all sideways on me so I started to run late. I tried to shift my mind into business mode: just do it. So I asked JP to start prepping the needle while I was finishing work so that I could just come downstairs after I finished posting my article to the website and bite the bullet without thinking of it.

It’s over in about five seconds. I feel a little dizzy, probably because I was clenched up and not breathing the whole time.

Fifteen minutes later I come downstairs. JP is sitting on the floor of the half-bath poring over the instructions that came with the medication, vial and syringe on the floor.

“There are things on this sheet of paper she didn’t mention.”

I should have known better than to let Mr. Letter-of-the-Law do this and start second guessing himself.

“Well hurry it up; I’m having an anxiety attack over this.”

Which is true. I was starting to hyperventilate. I tried to calm myself down. JP finally got everything prepped. All I had to do was prep myself.

I held the syringe in my hand. It’s just a little needle, I told myself, playing my best nurse.

Pinch, insert, release, inject, remove. Then I can go and get a beer and a pretzel when we out for dinner. That’s what I told myself.

I grab a chunk of belly fat to the left of my navel and stick myself. It doesn’t hurt too bad but I didn’t put the needle all the way in, so it came out when I released the blob of skin. I stick myself again, release and start injecting, but it seems to just be bubbling up under the skin. So I push the needle in deeper.

Man, this stuff does burn. But it’s over in about five seconds. I feel a little dizzy, probably because I was clenched up and not breathing the whole time. But I could move on.

But it’s a long process. I go back to the doctor every couple of days for another scan of the ovaries and another change in dosage. It could take a week, it could take two weeks for my body to get to turkey baster time.

It’s not fun, but so far, it’s the horror story I have read. Whether it has a happy and productive ending? I won’t know for a few weeks.