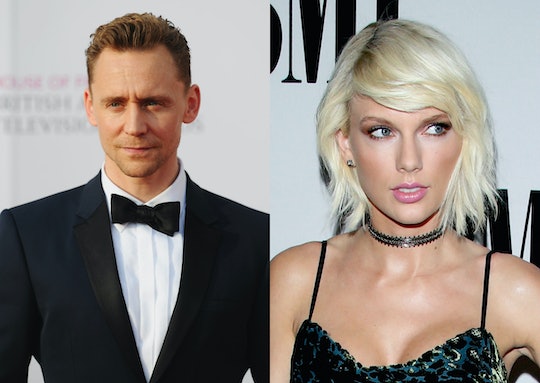 Brace yourselves for some surprising news, kiddos... it looks like we could be seeing the end of Hiddleswift. After three months of dating and looking impossibly, perfectly happy, The Couple Who Would Be Royalty are reportedly on the rocks. That's right, folks, Tom Hiddleston and Taylor Swift have reportedly split, and basically no one in the world could have seen that coming.

Representatives for Hiddleston and Swift did not immediately return requests for comment.

According to Us Weekly, a source close to the couple claims that Swift was the one who decided to end the relationship:

She was the one to put the brakes on the relationship. Tom wanted the relationship to be more public than she was comfortable with. Taylor knew the backlash that comes with public displays of affection but Tom didn't listen to her concerns when she brought them up.

The source also claims that the relationship has been fizzling for some time now, especially since Hiddleston asked Swift to be his date at the Emmys, where he has been nominated for his role in The Night Manager. As a foreigner, perhaps Hiddleston was not aware of Swift's stance on walking the red carpet with her beaus, so he should be forgiven. But suffice it to say, the girl is not a fan of that sort of public display of affection. She's more of a, "let's make out all over the world in front of paparazzi but not discuss our relationship until I write a song about it," kind of girl.

Hiddleston has been valiantly fending off rumors that their relationship was purely a publicity stunt since the outset of their whirlwind courtship. He even confirmed his relationship in a comment to The Hollywood Reporter with these (rather wooden) words of passionate love recently:

Look, the truth is that Taylor Swift and I are together, and we're very happy. That's the truth. It's not a publicity stunt.

Here is a viral video of the couple dancing at the Met Gala, for all of those doubters who think this relationship was just a publicity stunt. How dare you?

Swift herself has kept quiet on the whole Hiddleswift subject for reasons of her own. First of all, the two were seen together a mere two weeks after Swift and Scottish D.J. Calvin Harris broke up, since nobody wants to get pigeon-holed as the rebound guy (especially not the actual rebound guy). Then there was the whole Kanye/Kim Kardashian thing which has been done to death. All things considered, it was a busy summer for the chart-topping singer/songwriter... in more ways than one.

According to People, a source told the media outlet the split was "amicable." The 35-year-old Thor actor and 27-year-old pop singer got to enjoy a summer of kissing all over the world, meeting each other's parents, and getting us all to talk about them incessantly. Basically, if that's what a publicity stunt looks like, y'all, SIGN. ME. UP.