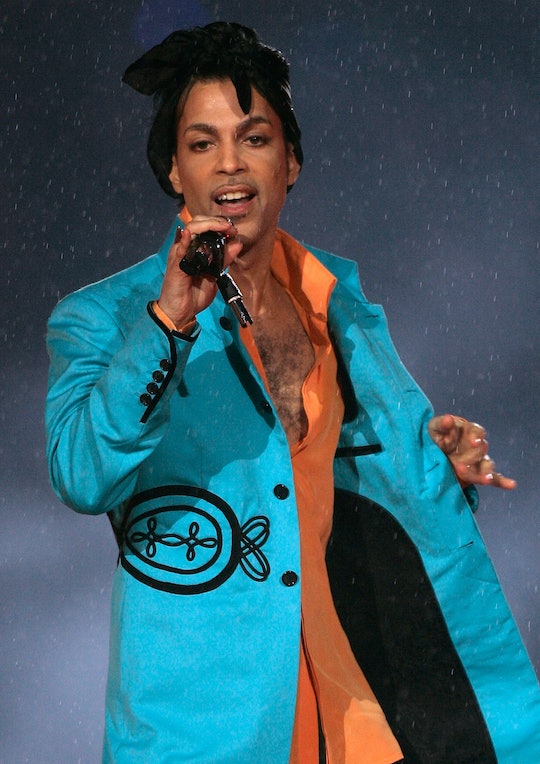 Fans mourned the loss of another music icon on Thursday. Grammy and Oscar-winning singer-songwriter Prince was reported dead Thursday morning by his publicist and close family sources. While no news was immediately available about the cause of death, a transcript of Prince's 911 dispatch call, recorded after an unidentified male rang the emergency service upon finding the singer unresponsive, was recently released by the Carver County Sheriff’s Office. According to the 911 call, Prince had been reportedly found unconscious from an alleged drug overdose.

TMZ claimed in a report on Thursday evening that the overdose, and Prince's alleged subsequent refusal of treatment, lead to his death. According to the outlet, the singer had refused treatment for an opiate overdose earlier in the week. TMZ claimed that "Prince was rushed to a hospital and doctors gave him a 'save shot' ... typically administered to counteract the effects of an opiate," according to multiple sources. Prince's publicist has not yet confirmed the claims.

The transcript of Thursday's 911 call gives a few clues as to the singer's final moments: At one point, the caller seems flustered and is unable to provide a street address to the dispatcher, but eventually gathers himself and says that Prince isn't breathing.

Below is the full transcript of the 911 call as reported by Variety.

Dispatcher: 911, where is your emergency?

UM: We have someone who is unconscious.

D: Okay, does anybody know the address? Is there any mail around that you could look at?

D: Okay, your cell phone’s not going to tell me where you’re at, so I need you to find me an address.

D: Okay, get me the address please.

D: Concentrate on that.

UM: And the people are just distraught.

D: I understand that they are distraught, but…

D: Okay, do we know how the person died?

UM: Um, so we’re, we’re in Minneapolis, Minnesota and we are at the home of Prince.

D: You’re sure you are in Minneapolis?

D: Okay, have you found an address yet?

D: You’re at Paisley Park, okay, that’s in Chanhassen. Are you with the person who’s…

D: Okay, stay on the line with me.

D: Carver with the transfer for Paisley Park Studios, 78.

D: We have a person down, not breathing.

AD: Down, not breathing.

D: We’re going to get everybody, go ahead with the transmittal.

Prince was reportedly found unresponsive in an elevator in his Paisley Park home. The 911 call was made by an unidentified man, and representatives for the singer have not made any comment since his death this morning.