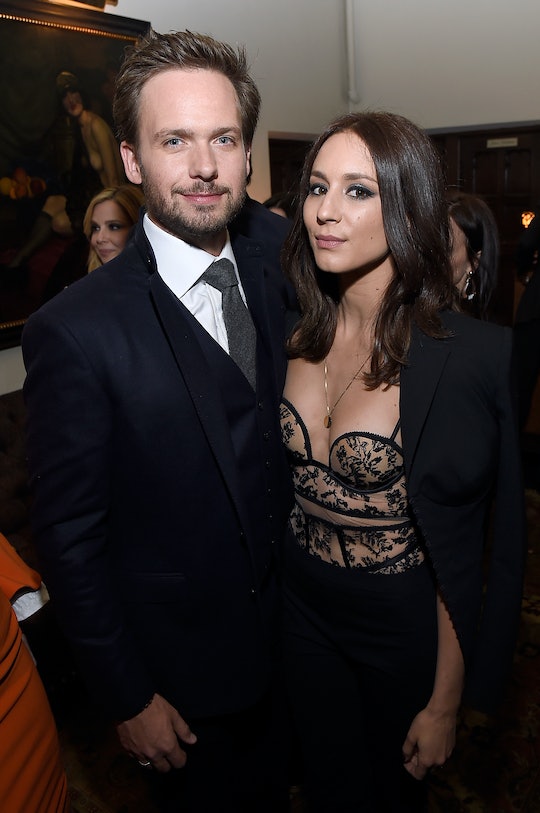 Some people take to parenting like a duck to water. I'm not talking about those people who do everything perfectly, to me this is not all that interesting. I'm talking about those new parents who seem to fully understand the puny little joys you can eke out of a day spent in service to someone who is basically the length of your arm. Those moments when you're like, Oh this isn't half bad I can still goof around and be me. Troian Bellisario is a true parenting prodigy in this regard. Why? In a recent interview, Bellisario revealed her husband thought she wrote "Baby Shark" after she sang it to their daughter, and the way she dealt with it speaks volumes about the sort of parent she'll be over the years.

The Pretty Little Liars star welcomed her first child, a baby girl, with her Suits actor husband Patrick J. Adams back in October, according to Cosmopolitan. The couple aren't sharing photos of their little one and they're even keeping her name a secret, but fortunately Bellisario is generous enough to share some funny little anecdotes to give us a peek behind the curtains. As the Where'd You Go, Bernadette? actress did when she sat down recently for an interview with She Knows.

As she explained in her interview, "Baby Shark" fever has hit her house... but her husband was a bit new to the phenomenon.

As Bellisario told She Knows, her husband was home curled up with their baby when she walked in and starting to sing "Baby Shark."

"Patrick got really into it. He was doing the hand signs with me and everything," she said. "As soon as we were done he was like 'Babe that was amazing. That's such a good song. I can't believe you made that up.' And I was like, 'I made that up. Of course I made that up, I'm a genius.'"

She did eventually let her husband know that "Baby Shark" is basically the most popular children's song on the planet, that it was actually created in South Korea by PinkFong and the "Baby Shark" video has been watched billions of times on YouTube. But hey, she got to have a little fun with it while it lasted, right?

Messing with her husband by taking credit for children's songs isn't the only way Bellisario is fully embracing motherhood. She told InStyle magazine recently that she has embraced comfortable mom style with a parenting wardrobe staple: sweatpants.

"I'm just getting out of the sweatpants phase," she told InStyle earlier this month. "I don't know how my mom did it. She was a mom in the '80s, but I saw pictures of her in silk shirts and beautiful power suits. I was like, ‘Mom, yesterday, I put on a blouse for the first time, and within two seconds, there was breast milk and carrots all over it.’ It’s pointless to me. It’s a shocker if I wear jeans."

Bellisario loves her sweats, knows the lyrics of "Baby Shark" so well that she tricked her husband into thinking she wrote it, and is managing to find that perfect celebrity mom balance of sharing stories and honoring her daughter's privacy. She's a mom prodigy, plain and simple.