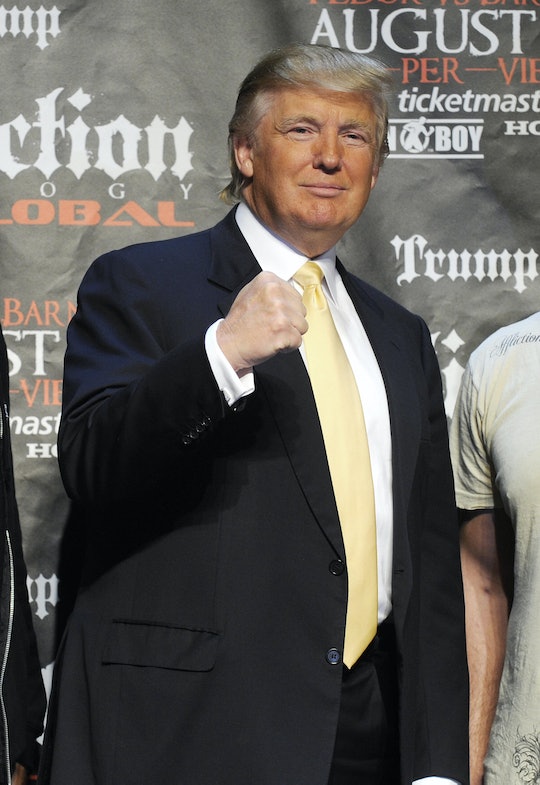 The shocking report from several U.S. intelligence agencies that Russians were involved in cyber-hacking the 2016 presidential election has been making news for months. As President Obama and his administration continue to look into the allegations, one man seems unmoved by the reports. But that might be about to change. In a statement on Thursday evening, President-elect Donald Trump said he would begrudgingly meet with intelligence officials to be briefed on reports of Russian hacking. The statement, which Trump released from his Palm Beach, Florida estate, read,

It's time for our country to move on to bigger and better things. Nevertheless, in the interest of our country and its great people, I will meet with leaders of the intelligence community next week in order to be updated on the facts of this situation.

President-elect Trump has been reticent, to say the least, about discussing the Russian email hack of the Democratic National Convention during the election. Which makes a sort of sense, since the leaked emails from the DNC cast an unfavorable pall on Trump's political opponent, former Secretary of State Hillary Clinton. In fact, Trump's attitude towards Russia and, in particular, Russian President Vladimir Putin has become a serious bone of contention between himself and many members of the Republican party.

GOP Sens. John McCain and Lindsay Graham criticized Trump in an interview with CNN. Graham said that Trump's refusal to engage in a forthright discussion in the possibility of a foreign country undermining an American election puts him against the majority of the Senate:

There are 100 United States senators. Amy Klobuchar is on this trip with us. She's a Democrat from Minnesota. I would say that 99 of us believe the Russians did this and we're going to do something about it. We're going to put sanctions together that hit Putin as an individual and his inner circle for interfering in our election, and they're doing it all over the world -- not just in the United States.

President Obama announced an executive order on Thursday to levy sanctions against Russia in retaliation for it's involvement in the election, "steps to deal with the national emergency with respect to significant malicious cyber-enabled activities ... to undermine democratic processes and institutions." The order includes the expulsion of 35 suspected Russian spies and closed two Russian compounds in the United States. Trump's response to this executive order?

He told reporters on Wednesday he really felt we should all "get on with our lives." Still, Trump relented enough to admit he will deign to sit down with intelligence agencies next week to "hear" what they have to say about the situation.

Considering Trump's warm feelings towards Russia, I wouldn't expect much in the way of resolution. As far as Obama's sanctions potentially being rolled back after Trump takes office in January... I suppose we'll have to wait and find out. Via his Twitter feed.