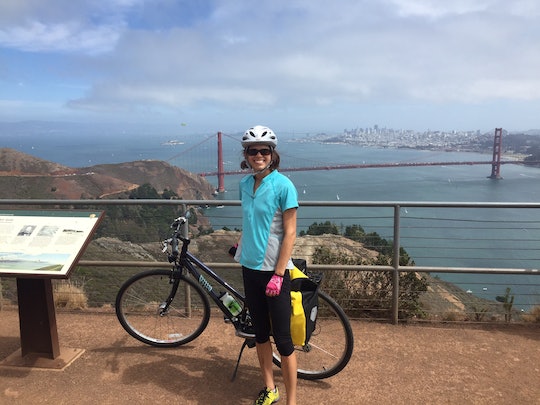 Jackie and her husband have been trying since late 2016. She suffers from hypothalamic amenorrhea, and this is the fifth installment of her Trying diary. You can read the previous entry here.

In a lot of ways, my body’s current state reminds me of my first car. It was 10 years old with 170,000 miles on it when I inherited it, and it had been through hell and back multiple times in that decade.

Like most teenagers, I wasn’t very kind to it, revving the engine to roll out of parking lots, going too fast around corners, driving it for too long on E and busting a bumper backing into a pickup truck after high-school finals. It also required a lot of trips to the garage for fixings; belts and radiator hoses and tires and brakes.

Like my car, I beat my body up for too long with too much exercise and stress and too little fuel and now it requires lots of trips to the garage I like to call the doctor. But I feel like my present state is much like my car when its alternator blew out (for the second time): I can feel like it wants to start, but the mechanism to turn the fuel into power just isn’t there.

I’m still not getting a period, which is frustrating, but I feel like the months of trying to chill — to varying degrees of success — have my body trying to go through the motions of hormone cycling. I get the moodiness, the tender breasts, the fatigue, the cravings, and a lot of the other things that come with various times of the month. But no blood, and therefore no ovulation.

Apparently this is common with hypothalamic amenorrhea (HA); your body will try to surge hormones — like pumping the gas pedal — but it’s not enough, or the body will shut it down before you get to the tipping point. My body just doesn’t trust me, and I’m probably not helping in this manner.

I have tried to be better about diet and exercise. After my 10K on the fourth of July, I did take some time off. I told myself it was time to embrace other activities to get that movement equivalent — bike riding, swimming, lifting much heavier weights but less frequently.

But the running slowly crept back in. It doesn’t help that I really don’t like swimming and the creeping darkness/return to school-year traffic patterns has increased the perils of riding on the roads. Part of it was out of guilt; I wanted to keep some sort of “base of fitness” even if I reduced my load. But part of it was truly missing it, missing the time of just me and maybe a podcast rolling through the roads.

I feel like I am more comfortable and in control around food too, which I find to be the best sign. The binge/restrict cycle was sparked by a low-energy balance and I feel like now I am more in a state of balance where my mind isn’t constantly looking for food. And that feels good. But it’s a constant battle.

But the one area I really think is holding me back is stress. This month has been really rough, between general work challenges, both JP and I being away for business for a week each, and just trying to get our lives to sync up. JP has been a saint through all of this, but he’s weary of my moods and stubbornness in my approach to the fertility issues. I’m weary too, in a different way. Put it together, and it creates a whole separate level of stress.

Yet I’m clinging on the car analogy for hope. The engine is not dead; it wants to go. I just have to figure out what fix will make it start humming again. “I don’t care what the bill is going to be; just get it to work,” is what I am going to tell the doctor when I see him next month. Because unlike cars, I can’t trade this old body in for a newer model.

More Like This
How To Talk To Your Partner About Wanting A Baby
The Euphoric Terror Of Rollerskating Was Exactly What I Needed
I Found Gender Euphoria In My Second Pregnancy
I'll Be First In Line To Vaccinate My Kids, But I'll Never Forget That We Were Last