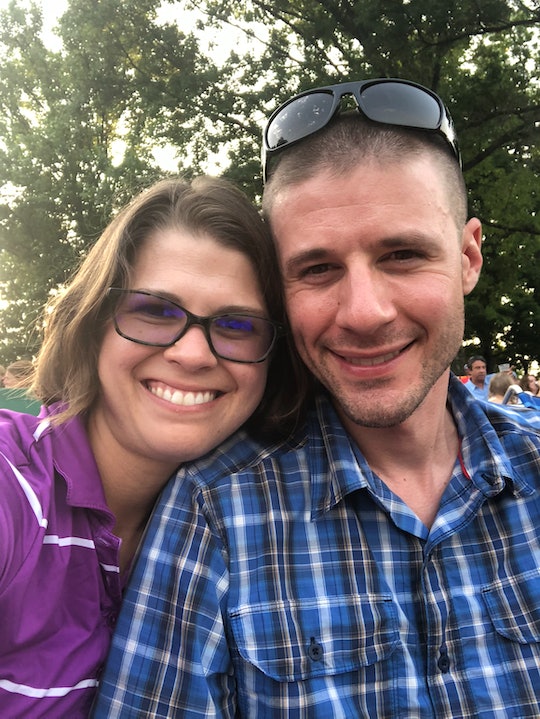 Jackie and her husband have been trying since late 2016. She suffers from hypothalamic amenorrhea, and this is the fourth installment of her Trying diary. To read the previous entry, go here.

And I think I mean it.

What am I done with? I’m done with the cajoling, bargaining, fighting, ignoring, wallowing and overall misery with trying to have both my desire for intense exercise and my desire to have "normal" hormones and fertility and ultimately a family.

I’m tired with feeling crappy when I eat loads and see myself puff up and feel heavy and slow, and feeling crappy when I start to restrict again and sneak out for runs and lifting sessions and feel my energy balance swing into the red. Nothing feels right, nothing makes me want to engage with the world or even those I love.

Damnit, why can’t my body just get its act together?

I have no clue. But halfway measures just aren’t working. The fact that I didn’t bleed after the birth control — I felt PMS-y, but no blood — is evidence as clear as day that my body is just not ready to believe that I will feed it and take care of it to the point where it will let me carry a child. Whatever running I am doing is still being perceived as a danger.

Part of me just wants to go to the reproductive endocrinologist and have them pump me up with hormones, do IVF, and just get this sh*t over with. I don’t care about the means.

I had these grand plans that cutting back on the hard running and major miles after the marathon, as well as eating more — probably more junk than good food — would do the trick. I would start cycling, conceive and then do a very conservative training plan for a marathon on my birthday in October. But I didn’t put any money down on it, because in the back of my mind, I thought that it may not work out the way I planned.

I was right, unfortunately.

So here I am, about to start the training plan, but my body has clearly said “no dice” and I’ve run out of options to try and have my cake and eat it too. Part of me just wants to go to the reproductive endocrinologist and have them pump me up with hormones, do IVF, and just get this sh*t over with. I don’t care about the means.

But JP thinks that’s ridiculous, that I haven’t given the natural option a fair shot and that’s just throwing money down the hole when I haven’t solved the underlying problem.

He’s right. And while I’m pissed about it, I have to at least give it a try.

I “won” the lottery to run the country’s largest 10K (6.2 miles), the Peachtree Road Race, on July 4. I will motor my way up and down the streets in the sultry Georgia weather, collect my medal, hug my extended family who live in metro Atlanta, and then drive home eight hours to Florida. And not lace up my running shoes the next day.

I will eat even more food and mourn my changing body and pray that it will trust me again.

I’m going to take this as a 30-day challenge. No running; just walking or yoga or maybe some swimming if it’s hot out. I will eat even more food and mourn my changing body and pray that it will trust me again.

I will also make an appointment with the RE, tell him I am making these changes, and maybe do some concurrent treatment to speed up the process.

It seems silly, but this is SO HARD. And scary. I can’t remember the old me, the me with functioning hormones and feelings and energy. But I’m hoping this heals a lot of things and opens me up to new experiences, like having a baby.

I’m done, but really I am just getting started.

I’ve yet to experience a true two-week wait (TWW) but waiting for all of these changes to spark real progress is a test of endurance worse than any marathon I’ve run.

The first round of progesterone just made me exhausted and moody. The most recent round, a combo estrogen/progesterone, made me nauseous, ravenous and anxious, but I could tell something was going on down there. Just not enough for a bleed. This time around (the last try to incite a bleed before seeing the fertility doctor next month) it is severely disrupting my sleep, alongside ravenous hunger and pretty severe depression.

The weight gain, which is getting to be noticeable, doesn’t help. And so I am totally a Debbie Downer in this whole process, which is a little frustrating to JP. I understand. Why, if I supposedly want to fix my fertility and have a child, should I be b*tching and moaning through this whole process, recoiling from touch, snapping at him, and otherwise just being miserable to be around?

I don’t know. Blame it on the hormones.

But it is exhausting, spinning my wheels and such. Coming to grips with a new body, a new relationship with exercise, and a ravenous appetite only satiated with mounds of chocolate and nuts and the occasional turkey and cheese sandwich (a weird craving considering I went vegetarian not for ethics or health but because I didn’t like the taste of meat and dairy makes my stomach cramp).

I’m trying to find new ways to relax: reading a good book, doing crossword puzzles, watching my Atlanta Braves shock the baseball world on how good they are playing. John and I took an impromptu weekend trip to Cleveland to go to a concert and the national park — a trip I thought could have been a well-timed, Clomid-supported romantic weekend but was sullied by my lack of a period after the birth control cycle. But the type-A, mission-oriented part of me can’t get over the fact that I have no idea what it will take for my body to trust me again.

And so the waiting game drags on well beyond two weeks. More like 82 weeks. I try not to look at the clock, but I can hear it ticking.

More Like This
The Euphoric Jolt Of Rollerskating Was Exactly What I Needed
Your C-Section Scar: Healing & Care Basics
9 Surprising Signs You Might Have A Sugar Intolerance
Can You Do Zumba While Pregnant? Experts Weigh In