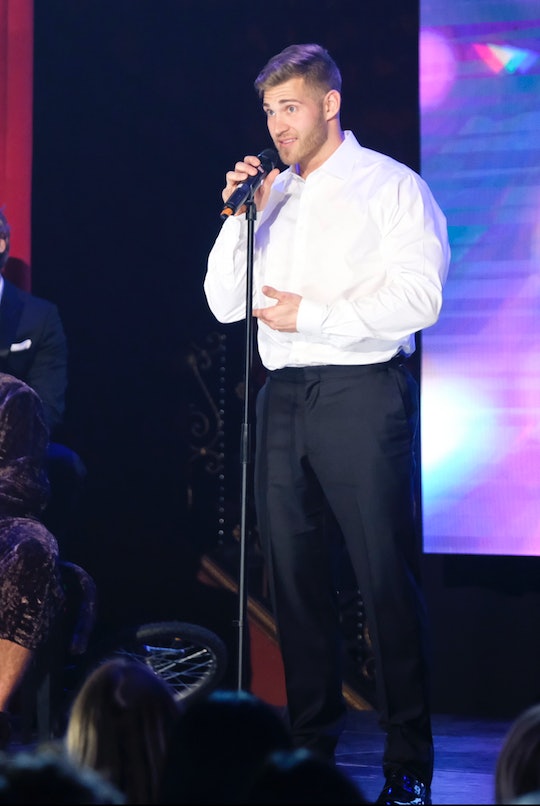 Families have a way of calling you out on your mistakes and shortcomings in a way that only they can do. During Luke P.'s hometown date on The Bachelorette, however, his dad alternated between asking how he got so far with Hannah and insisting that he would love Hannah "fiercely." But mostly, the tweets about Luke P.'s dad on The Bachelorette helped justify the concerns that Luke might not be the right guy for her when it's all said and done.

Luke P. has been like the second star of The Bachelorette this season. From all of the drama he ignited to the roller coaster of emotions Hannah went on with him, Luke P. was at the center of most of this season's big moments. Unfortunately, fans haven't all rooted for him this season and his hometown date definitely didn't help his case. Sometimes, hometown dates can lead to a closer relationship between the Bachelorette and her suitors, but if anything, Luke P.'s dad should have probably brought up some more red flags for Hannah.

One of the things Luke P.'s dad said to Hannah was that her falling for Luke P. was "a gift we could never deserve." That alone made some fans wonder about Luke P.'s dynamic with his family. He has been open about finding God on his own after sinning throughout college, but it seemed to drive home the idea that Hannah and Luke P. might not work out in the real world.

Despite Luke P. making it to hometown dates, he and Hannah have not had an easy go at it this season. He repeatedly threw up red flags, from fighting with the other guys to shaming Hannah for getting closet to the other guys, Luke P. has definitely made his mark this season. Somehow, though, he managed to make it this far. Even so, his dad might have helped some Bachelorette fans feel justified in their concerns that Luke P. just isn't the one.

Although Luke P.'s dad seemed unafraid to call him out on his faults, he also painted a totally different picture of who his son is compared to what Hannah and fans have seen all season on The Bachelorette. He claimed that Luke P. is the person who breaks up fights rather than starts them and seemed to see his son a lot differently than Luke P. has portrayed himself to be. It could mean that Luke P. has the potential to be a better version of himself for Hannah, but it also concerns some fans that his dad sees him so differently.

Other fans on Twitter saw Luke P.'s dad as yet another clear red flag that Luke P. isn't right for Hannah and that they would probably never work out in the real world. There is the possibility that Luke P. could turn things around and be the guy Hannah needs, but if fans needed any confirmation that Luke P. isn't the guy for her, his dad and his hometown date helped drive that point home.

The one thing a Bachelorette wants to hear when she meets the family during hometown dates is that her potential husband is ready to take that step. Luke P.'s dad assured her that his son is ready for marriage, but fans are concerned that he is not someone Hannah should keep around long enough to find out. In the end, it's totally up to her to decide who is best for her for the long haul. After seeing Luke P.'s dad during hometowns, however, fans still aren't buying what Luke P. is selling.