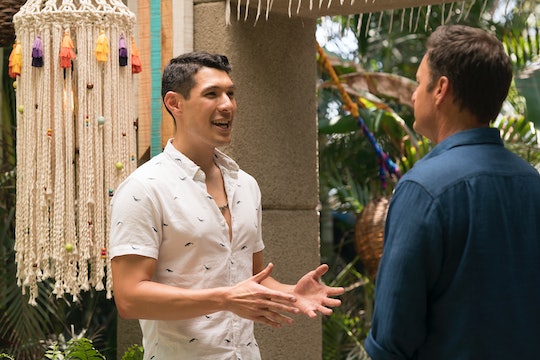 Venmo John Is A 'Bachelor In Paradise' Fan Favorite

Becca Kufrin’s season of The Bachelorette introduced Bachelor Nation to all kinds of potential future Bachelors. Among them was John Graham, or Venmo John, as he is more commonly known. Like Grocery Store Joe, he’s one of Becca’s contestants who didn't get the time or recognition that a lot of fans felt he deserved. Luckily, he was given a second chance at finding love and Twitter is here for Venmo John finding love on Bachelor in Paradise Season 5.

On The Bachelorette, John made it to Week 5 before he was cut. In a way, that’s still a substantial amount of time to be on the show before being sent home. But on the other hand, it was just halfway through the season and he hadn’t gotten the chance to go on one of the coveted one-on-one dates. Sometimes contestants make it as far as hometown dates without ever getting a solo date with the star of the show, but it may have been what prevented Becca and John from really knowing each other.

The light at the end of the tunnel is that already this season on BiP, John has had two connections with two different women. And you’d have to be a monster not to root for the guy.

On Tuesday’s episode of BiP, John finally got not one but two different one-on-one dates with two different women. First, he made a connection with The Bachelor Season 22’s Caroline Lunny. She was a Paradise newcomer and chose him from the pool of potential men. They seemed to hit it off and mesh well, even when a few stray animals made their way to their candlelit dinner for two. It was actually kind of adorable.

Shortly after John’s date with Caroline, Jubilee Sharpe from Ben Higgins’ season of The Bachelor arrived and sought him out as well. Suddenly, it was like a mini episode of The Bachelor and by all accounts, John deserves all the love he gets on BiP.

Again, John’s date with Jubilee went pretty great. In fact, they honestly seem like a near perfect match. The crowning moment was when she asked him, totally serious, what he’s doing in Paradise. Even John doesn't seem to realize what a catch he is, but that just adds to his undeniable charm.

It's probably unlikely, but personally I think he'd make a great lead for the next season of the Bachelor. But who knows? Maybe he'll find his Carly Waddell or Jade Roper in Paradise.

As of right now, John has been given the chance to date more than one woman on Bachelor in Paradise and both Caroline and Jubilee seem totally into him. It will be solely up to him during the next rose ceremony to decide which woman he'd like to get to know more. I'd say I hope he keeps it classy when making his decision, but this is Venmo John we’re talking about. I would be surprised if he didn't treat both woman with the most respect before letting one down gently ahead of time.