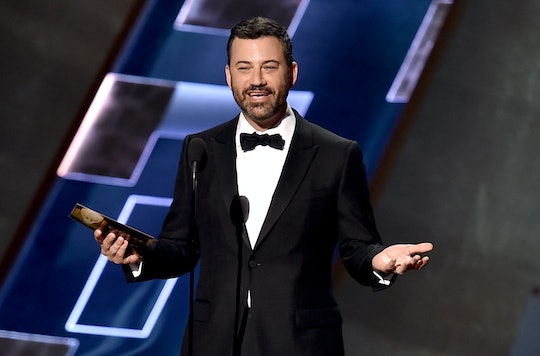 We all knew that some of our favorite shows would get snubbed during the Emmy nomination ceremony on Thursday, but at the same time, we also knew that there would be so much to look forward to, so let's just agree that we were all vindicated regardless. But the Twitter reactions to the 2016 Emmy nominations are what's important here, because everyone on Twitter was able to say exactly what we're already thinking. I mean, we spend months, and even years, getting into our favorite TV shows and supporting the crazy awesome things these programs accomplish, only to have them snubbed or looked over at the Emmys and that just isn't cool.

Then again, for the more noteworthy shows like Game of Thrones and House of Cards, there will always be a place on the Emmy nomination chopping block, if only to be respectful enough to put them up, regardless of whether or not they actually win. So don't hate on Twitter for being sad that some of the better TV shows and miniseries were overlooked this time, because that sort of stuff is to be expected. The Emmys can't win them all and they can't win us all over. There are going to be crappy shows that are nominated for God knows what reasons, but lucky for us, Twitter is here to say exactly what we're thinking so we don't have to. Lucky us, right?

Noms That Were On Point

The Emmy Snubs That Devestated Us All

The Ones That Prove Basically Everyone Loves Netflix

It's really no surprise that Netflix shows are gaining more ground, even if somehow, for reasons unknown to anyone on this earth, Orange is the New Black got snubbed out of pretty much every category this year. But while Netflix and HBO love is here to stay, network TV love will probably never quite go away either. Blackish kind of killed it this year with tons of nominations that prove that network TV isn't a thing of the past just yet. You just can't ignore good TV.

Anthony Anderson Isn't The Only One Obsessed With Blackish

Basically, there is going to be a show or actor snubbed for an Emmy no matter what, because there are too many shows and too many amazing stars to be able to recognize them all. But the Twitter responses to the Emmy nominations make every single snub so worth it. At least for us.