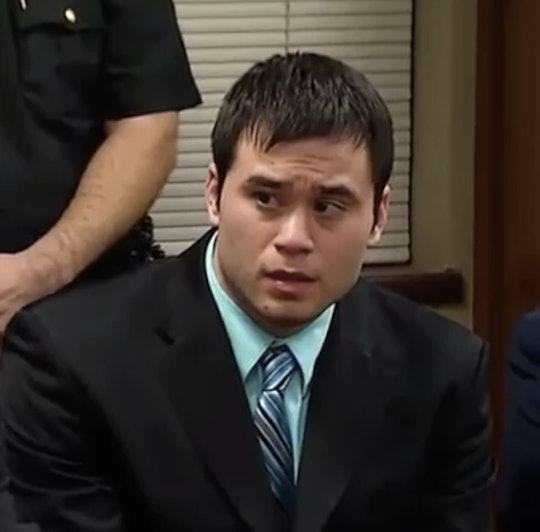 The justice system doesn't always work (or so many people feel they've learned from watching 10 hours of Making a Murderer), but thank god it did this time. On Thursday, former Oklahoma City cop Daniel Holtzclaw was sentenced to 263 years in prison proving that sometimes, justice does prevail. Within minutes, Twitter had erupted in reaction to Holtzclaw's sentence, with the discussion turning to the former officer's race and that of his victims (all of whom were black).

Given that it's 2016 and the system has failed to punish enough white police officers for harming African American citizens, the reaction was appropriate. Even though Holtzclaw himself is technically biracial, the fact that he allegedly used his "whiteness" in threatening the victims proves that much. There's no shortage of news about this alarming fact—and because in 2015 race was the most "volatile flash point" in any reporting of police shootings, The Washington Post even completed a special report on gun violence and cops.

That report, published on Dec. 26 last year, found that African American men accounted for 40 percent of the unarmed male victims shot to death by police, though they made up only 6 percent of the population. Personally, I can only hope that reports like this prove the national need for a more educated police force made up of people who truly want to protect and serve U.S. citizens.

But Holtzclaw was not one of those people. In fact, the court agreed that he had abused his power of the badge to brutally assault and humiliate at least 13 African American women throughout much of 2014, eventually convicting him on 18 counts of rape and forcible sexual assault. During his trial Holtzclaw reportedly blamed the victims, calling them unreliable because of their past criminal records (which included charges of prostitution, drug possession, and assault) in a sickening defense.

On Thursday, Twitter decided to take a moment to condemn the former cop for violating the rights of those women, in addition to calling out the system as a whole for what it believed was a corrupt system in general.

Some Celebrated A Victory For The #SayHerName Campaign

Picking up the #SayHerName hashtag, which was coined for the alleged police misconduct against African American woman Sandra Bland in 2015, some people claimed the sentencing was a victory for women's rights, praising the women who had the courage to stand up to the police officer who had hurt them:

Others Expressed Their Own Approval Of The Sentencing:

So, the sentencing seemed to serve justice, but that doesn't mean our justice system issues are fixed, so to speak. The overall message was cautious optimism.

Yes— Holtzclaw's victims are indeed entitled to a victory dance after today's sentencing, but it doesn't mean the fight is over. While Judge Timothy Henderson denied Holzclaw's request for a new trial, let's hope that today marks the last we hear about him, but let's also try to mend police and community relations. This sentencing seems like a good place to start.