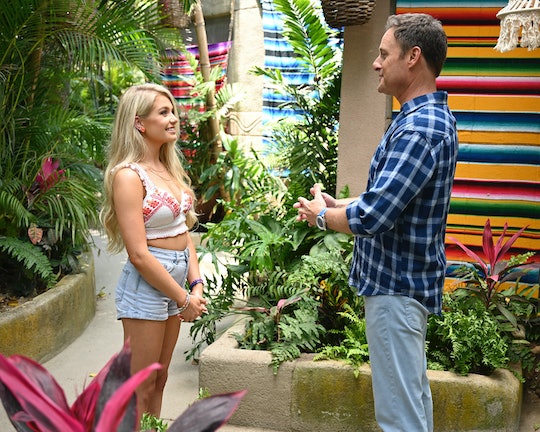 Twitter Rallied Around Demi After Her 'BiP' Coming Out

Just a few short weeks ago, Bachelor Nation's wildest dream for Demi in Paradise was a hopeful 'ship with John Paul Jones. But she's blown everyone out of the water this season, coming to Paradise with a conflicted heart, a coming out story, and a valuable depiction of how to navigate these conversations with friends and lovers (and eventually, I assume, Chris Harrison). After she confessed to Katie (a consummate ally, BTW!) that she had been seeing a woman back in Los Angeles before coming on the show, it became official: Twitter stans Demi.

Though Demi always planned to put the relationship on hold so she could join BiP for Season 6, the Texas native realized her quest for clarity was more serious that she thought. After making a strong early connection with Derek, Demi began to pull away, unsure of whether it was safe to confide in him her romantic interest in women. Of course, Derek noticed her ambivalence and it made for some awkward moments. But after an emotional processing session with Katie, in which Demi finally admitted to herself that she was more into her home-boo than she'd previously thought, it seemed clear that Demi and Derek needed to have a serious talk. (Incidentally, viewers also learned that Demi recently came out to her parents and it was a huge success!)

Demi admitted to Katie she felt afraid of how the news would be received, because she worried it would change people's minds about her. But, at the same time, she said:

Katie assured her that it was "more than okay," but Demi said it was still really hard and scary.

"And you can be scared. But be brave," Katie replied. "Because you owe it to yourself to be honest."

Poor Derek then had the unenviable task of trying to make all the right facial expressions as his would-be Paradise girlfriend came out to him on camera in front of a national audience. He definitely seemed like he was trying very hard to do and say all the right things — but it paid off. Derek was a kind, receptive, and empathetic listener, and if he was feeling overwhelmed, then he didn't let it overshadow Demi's moment.

Derek thanked Demi for sharing her story with him, and he was mostly concerned with what it meant for their relationship going forward that she was so romantically entangled with someone else. (The gender of the person, or the fact of Demi's bisexuality didn't phase him.) In the end, Derek assured Demi that he was "okay with slow," adding, "Just keep being open and straightforward with me. I can't imagine what's been going through your head since you got here, at all."

Demi was thrilled (and relieved) with his response, as was the rest of Bachelor Nation. Of course, fans know from this season's trailer that Demi does hit it off with a mystery woman in Paradise, so things may not work out in Derek's favor. But Demi's presence on the show this season is an invaluable one; boys getting dumped is just part of the process.