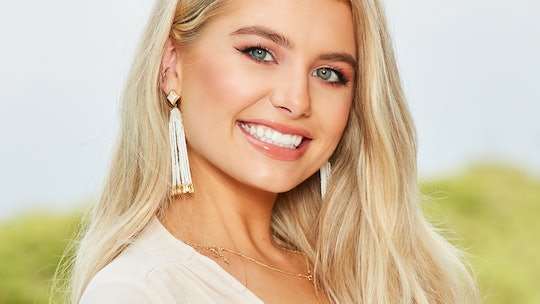 Hannah Brown's reign on The Bachelorette is coming to a close, but her BFF from Colton Underwood's season of The Bachelor, Demi Burnett, is ready to take over Bachelor in Paradise Season 6. Following the "Men Tell All" special episode featuring more Luke P. drama than I was bargaining for, Bachelor Nation was treated to an unforgettable Bachelor in Paradise teaser, including a sneak peek at Demi's relationship with a woman — the first same-sex romance in the franchise's history. So who is Demi from The Bachelor dating? This "queer queen" has fans excited for Paradise.

In the new 166-second trailer, Demi comes out as bisexual, and she is seen kissing an unidentified woman. "I don't care who sees this," she says. "I know that I love this girl. I'm so happy that I found her, and I can definitely picture being with her for the rest of my life."

I'm so here for Demi's happily ever after in BIP, but who is Demi hooking up with in the preview? Only time will tell. However, fans know one thing — the mystery woman is blonde. And while confirmed Paradise contestants like Annaliese Puccini and Hannah Godwin seem to fit the bill, something tells me it's neither one. Regardless, things seem to be getting serious in Mexico.

"I smell an engagement," Demi says in the teaser. "And it feels amazing."

After the promo hit ABC on Jul. 22, Demi addressed her sexuality via Twitter. "Spoiler alert: I’m a queer queen 👸🏼💕🌈," she wrote.

And while some viewers responded to the news with hate, it was overshadowed by the overwhelming amount of support and love from fans and former Bachelor contestants alike.

"And we all, bow down. I love you always and forever," Hannah wrote to Demi on Twitter.

Meanwhile, other Bachelor alums from Colton's season, such as Elyse Dehlbom and Caelynn Miller-Keyes, rallied behind Demi.

"Spoiler alert... we love you, no matter who you love," Elyse tweeted. "Because love... is LOVE!!! Proud of you and proud of your truth and the courage to share that with the world!! And this Cougar will come at anyone who doesn’t show you graciousness for your bravery!!"

Caelynn, who will also appear in BIP alongside Demi, wrote, "You are an absolute queen and I love you so freaking much."

But it's not just the contestants who are speaking up for Demi. In an interview with Entertainment Tonight's Lauren Zima on The Ringer's Bachelor Party podcast, Chris Harrison opened up about Demi's relationship on the upcoming season of Bachelor in Paradise.

Clearly, Demi is beloved in Bachelor Nation, and to be honest, she should be. She has a firecracker personality that was made for this franchise, and I truly hope that viewers will keep an open mind when her storyline unfolds this season.