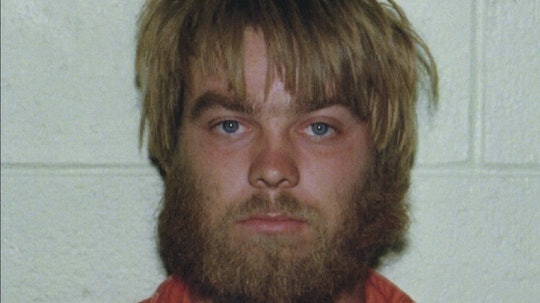 Two Steven Avery Petitions Are Calling For A Presidential Pardon, But Will They Make A Difference?

Netflix’s newest series, Making a Murderer has both social media and much of the real world talking. Not only did hacktivist group Anonymous threaten to release sensitive documents relating to the case last week, but two petitions calling for Avery’s release have also begun gaining traction. As signatures pile up, one question looms: Will it really make a difference?

More and more people are binge-watching the standout Netflix hit. Two petitions, one on Change.org and the other on the White House initiative site We the People, are requesting a presidential pardon for Steven Avery, who was convicted for the 2005 murder of Teresa Halbach, and his nephew Brendan Dassey, who was convicted of various counts of intentional homicide, mutilation of a corpse, and sexual assault related to the case. Aside from a presidential pardon, both petitions have accused the Manitowoc County Sheriff’s Department of conducting a successful witch hunt which led to the imprisonment of two supposedly innocent people. Specifically, the We the People petition concludes:

There is clear evidence that the Manitowoc County sheriff's department used improper methods to convict both Steven Avery and Brendan Dassey. This is a black mark on the justice system as a whole, and should be recognized as such ... [These] men [should have] the ability to live as normal a life as possible.

Over on Change.org, a man named Michael Seyedian said he became "outraged with the injustices which [had] been allowed to compound and left unchecked" after watching Making a Murderer. With more than 176,000 signatures, Seyedian’s petition not only calls for Avery’s exoneration, but for the officials responsible for the investigation to be “held accountable to the highest extent of the U.S. criminal and civil justice systems.” In it, he added,

Steven Avery should be exonerated at once by presidential pardon ... Avery's unconstitutional mistreatment at the hands of corrupt local law enforcement is completely unacceptable and is an abomination of due process.

Since first starting the petition for Avery, Seyedian has created a second Change.org petition, addressed to both President Obama and Milwaukee Magistrate Judge William E. Duffin, which requests the exoneration of Dassey as well. “He is being falsely imprisoned for a crime that he was coerced into confessing as a minor through deceitful investigatory methods that purposely and maliciously alienated him from his constitutional rights as a United States citizen,” Seyedian wrote. Currently, the Change.org call has just over 21,000 of it's necessary 25,000 backers.

While the Change.org initiative is close to its 200,000 signature goal, there is nothing that “happens” automatically when that goal is met. Although the volume of signatures is nothing to sneeze at, none of the people addressed in the petition are required to act or recognize the petition's demands. According to their FAQ page, Change.org only notifies the “Decision Maker” when the petition is created, then contacts them as more signatures are amassed. It is at their discretion to respond.

Though the official White House petition on We the People has far fewer signatures, it presents an interesting situation: Once any petition hits a particular signature threshold within a specific time frame, the Obama Administration will respond on the We The People platform. Specifically, that magic number is 100,000 signatures in 30 days. When that happens, the White House must weigh in within 60 days, if possible. Given that the We the People petition has until Jan. 16 to get 80,000 more signatures, they have some work to do.

On July 28, the Obama Administration announced they had hired a team to direct petition phone calls to the appropriate staff members so that they would be able to get the correct attention quickly and streamline the process — so there's a good chance something could come from this, and quickly.