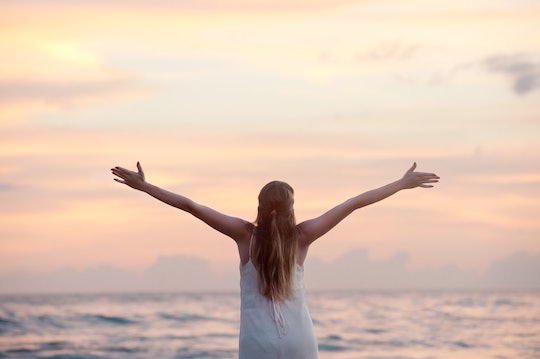 The Number Of Unplanned Pregnancies Has Dropped — For Now

Republicans are working at lightning speed to repeal and replace President Obama's signature health care law, but their success could mean that more women will seek out abortions — despite the fact that most right-leaning legislators are against them in the first place. That's because Republicans' answer to the Affordable Care Act (ACA) may make it harder to access free contraceptives, even though this has led to a drop in unplanned pregnancy rates in recent years. And, quite simply, fewer unplanned pregnancies equals fewer terminated pregnancies. That should be a cause for celebration for conservative opponents of safe and legal abortion.

Still, the GOP's proposed American Health Care Act (AHCA) could very well create a new surge in abortions (although conservative lawmakers will undoubtedly attempt to heed that off with a continued legislative assault on reproductive rights). Put simply, the looming repeal of the Affordable Care Act threatens to reverse the contributing variables that made it possible for more and more women to stay pregnancy-free when they wanted to.

Overall, the abortion rate in the United States has been declining. A Guttmacher Institute analysis found that these procedures hit a record low of 14.6 abortions per 1,000 women between the ages of 15 and 44 in 2014. And that's down 14 percent from just three years before.

Unplanned pregnancy rates are also at a record low. A study published in The New England Journal of Medicine found that 45 percent of all pregnancies in 2011, or 45 per 1000 in women 15-44, were actually unplanned. That was down 18 percent from 2008. Clearly, there was a correlation.

And deducing exactly why is simple: As Rachel Fey, director of public policy at The National Campaign to Prevent Teen and Unplanned Pregnancy told Bustle recently:

Abortion is also at its lowest levels since Roe v. Wade. Notably, this is the case in states that have passed significant restrictions on abortion and in states that have not, leading researchers to attribute the decline mainly to less unplanned pregnancy driven by greater use of effective contraception. At such a time, and with other potentially destabilizing changes to the health care system on the horizon, the last thing we should do is weaken an already fragile system.

As BuzzFeed Health reported, these significant changes happened during a time when more and more women were using long-acting reversible contraceptives, or LARCs like IUDs, which are more reliable than other methods. And the implementation of the ACA in 2012 only encouraged this trend, as it made birth control free for all insured women. But, as Bustle's Cate Carrejo points out, the AHCA could take this benefit from Medicaid patients as early as 2020. Additionally, FDA-approved contraceptive methods like vaginal rings, diaphragms, sponges, IUDs, Plan B, and sterilization — which right now insurers must provide without a co-pay — could once again require an out-of-pocket cost.

This all means that women will once again be more prone to going without the contraception they need to effectively decide when — or whether — to get pregnant. And when they do get pregnant without meaning to, some will inevitably opt to terminate the pregnancy via abortion. It's an outcome that policymakers can easily avoid by ensuring that contraceptives remain accessible, as they have under the Affordable Care Act.

For now, however, it seems legislators haven't made that obvious connection.