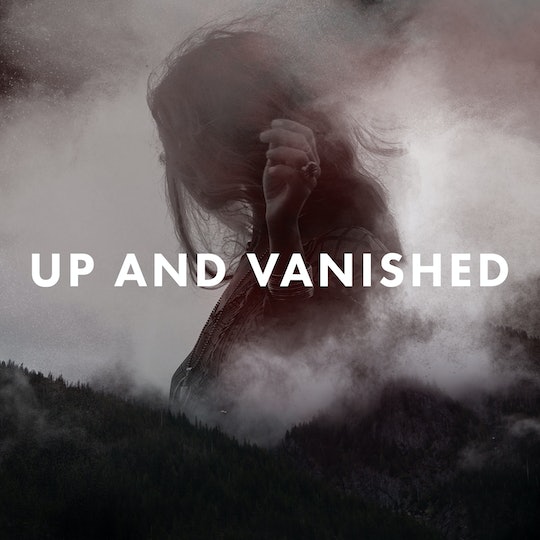 Unfortunately, Season 2 of the Up and Vanished podcast has ended, which has left many fans of the series — including yours truly — pretty bummed. Though we learned a lot about the mysterious town of Crestone, Colorado, and the eccentric life Kristal Anne Reisenger led before she went missing in July 2016, there was no solid resolution to her tragic story. But, that doesn't mean one isn't creeping up on the horizon. Romper recently spoke to Payne Lindsey, who spoke briefly about how the investigation into Kristal Anne Reisinger's disappearance isn't quite over.

"I think we've done an amazing job of stirring up the pot and providing new leads for law enforcement," Lindsey explained over the phone when I asked if we would see Kristal's case resolved. Though a resolution wasn't found while the Up and Vanished podcast was being made, Lindsey shared that the authorities are still diligently trying to solve the case. "I do know that they've been actively investigating this behind the scenes, and following up on every relevant lead there is," Lindsay explained. "There's a lot of stuff that didn't even make it into the last episode that has been happening just in the past few weeks, even yesterday and today." Though Lindsey couldn't dive into what exactly that "stuff" entails, he seemed confident in the progress being made by the authorities.

As for Up and Vanished, Lindsey and his team decided it was time to take a break and let some of the dust they kicked up settle . "As we get new information and get closer to the definitive answers, it will allow us time for law enforcement to investigate it some more, and for us to do a solid follow-up in the near future," Lindsey shared, though he confirmed no specific plans had been set into motion for a potential follow up just yet.

While no official suspects have been named by authorities in the disappearance of Kristal, one name repeatedly bubbled to the surface of Up and Vanished's investigation as the season went on — Catfish. In fact, Catfish was one of the primary subject's of the season finale as he once again spoke with Lindsey on a lengthy call.

"It's extremely bizarre," Lindsey told me over the phone when I mentioned his ongoing conversations with Catfish. "I've never experienced anything quite like it."

Despite the fact that Catfish has done nothing for the investigation, Lindsey revealed that he still talks to the mysterious man when he can. Lindsey told me that when Catfish "reaches out," he'll "engage" if he's free to chat for a few minutes. But, Lindsey knows that Catfish is a dead end when it comes to finding out what happened to Kristal. "I found that, for the most part, I don't get anywhere when it comes to talking to Catfish," Lindsey explained quite honestly during our call.

Speaking of Catfish, anyone who has listened to Up and Vanished's second season in it's entirety knows that his calls with Lindsey were a bit... scattered, for lack of a better word. As an investigator combing through endless amount of tips, speculation, theories, and evidence, I couldn't help but wonder how Lindsey managed to keep himself from getting lost in all of the noise. His response? Keeping a filter on everything that comes his way.

"I can't overanalyze everything someone like Catfish is telling me, because some of it is not even supposed to make any sense," Lindsey explained, adding that he thinks Catfish was trying to confuse him at times. "Other times it seems like he's really confused himself. So I just don't try to read into it that much."

With or without a resolution into Kristal's disappearance, Up and Vanished made sure that the tragic story had a happy ending by making sure one very important person would be taken care of: her daughter, Akasha. Lindsey and his team set up a Go Fund Me for Akasha, known as "Kasha" by her loved ones, to ensure that the 5 year old wouldn't face any additional hardship after losing her mother at such a young age. Thanks to Up and Vanished and the team at Tenderfoot TV, Kasha will have a $30k trust fund to use for living expenses, healthcare, college, or whatever her heart desires when the time is right.

This article was originally published on Dec. 6, 2018