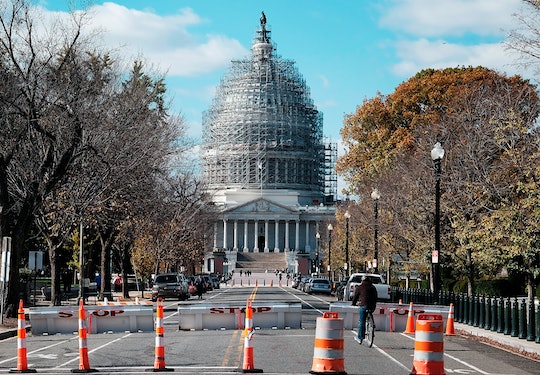 In the wake of the orchestrated ISIS attack on Paris Nov. 13, on Thursday the U.S. House of Representatives passed a bill limiting Syrian refugees' access to U.S. asylum. According to The Guardian, the American Security Against Foreign Enemies Act passed 289 to 137 with the support of almost all House Republicans and 47 Democrats. Under the new bill, anyone attempting to enter the U.S. as a refugee would need the secretary of homeland security, the director of the FBI, and the director of national intelligence would need to confirm that that person was not a threat to national security. That's on top of the involved screening process that all refugees currently have to go through to gain entry to the U.S.

On Wednesday the White House promised the President Obama would veto the bill if it passed both houses of Congress, claiming its requirements are "untenable" and that the bill "would provide no meaningful additional security for the American people" but would create innumerable hurdles for people the U.S. either has a duty to admit or will actually benefit from allowing in. Thursday morning the administration went so far as to send White House Chief of Staff Denis McDonough and Secretary of Homeland Security Jeh Johnson to dissuade House Democrats from supporting the bill. In September Obama proposed allowing 10,000 Syrian refugees into the U.S. this year to help some of the many escape their war-devastated homeland.

With Obama's veto threat, it's unlikely that the legislation will ultimately become law, but lawmakers on both sides of the aisle supported it anyway. Republican Congressman Steve King of Iowa told The Guardian that the bill "brings the public’s attention to this," presumably meaning potential threats to the U.S. from Syria-based individuals. ISIS, the jihadist group that has claimed responsibility for the Nov. 13 Paris attacks, the bombings in Beirut Nov. 12, and the bombing of Russian Metrojet flight 9268 over the Sinai peninsula on Oct. 31, is based in Iraq and Syria. Congressman Sean Patrick Maloney of New York, a Democrat, said he didn't think the additional restriction would slow down the process of accepting refugees all that much.

According to The Daily Mail, 9 million Syrians have left their home country since 2011, when civil war broke out.