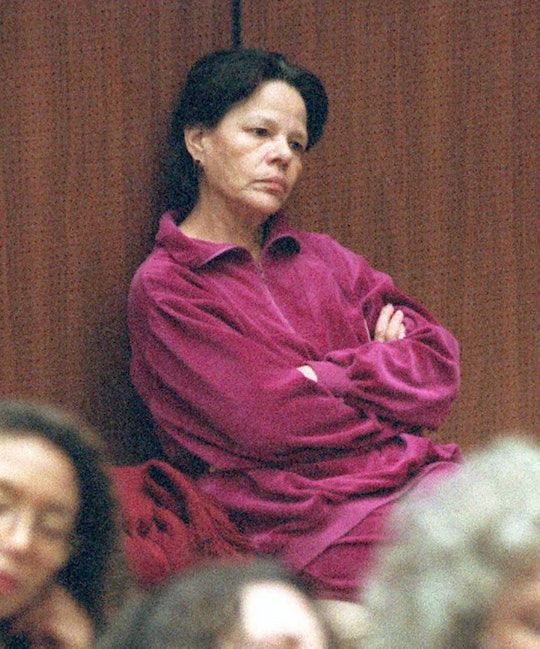 The O.J. Simpson case was a star-studded affair. It delved into the lives of the rich and famous, and inevitably revealed a darker, less-than-glamorous side of things for all to see. The popular true crime show that depicts the case, FX's The People v. O.J. Simpson: American Crime Story is similarly star-studded, which is why its surprising that in the coming episodes a very unassuming character may steal the show. That certainly happened during the case's real proceedings when Rosa Lopez was called to the stand. Though her connection to Simpson and the case were tangential at best, her eye-witness account — and her grit — were hugely influential. To get a better idea of the woman behind the legend, all one has to do is look up videos of Rosa Lopez in court, speaking her mind about the case and entertaining the masses whether she intended to or not.

Lopez was called as a key witness for the defense because they believed she would be able to confirm Simpson's alibi. At the time, she was working as a housekeeper for one of his neighbors. During her testimony, Lopez said she was walking a dog ''shortly after 10 p.m." on the night of the murders and happened to notice Simpson's white Bronco parked outside his house. Her recollection of that night was crucial because it placed Simpson at home right around the time the murders were said to have occurred. Her testimony would have corroborated the defense's assertion that Simpson was nowhere near the scene of the crime and was more likely in his front yard and napping at the time. (Of course, this still leaves the mystery of who takes a nap at 10pm.)

The issue with this seemingly crucial witness is that Lopez's story changed from one interview to the next. What she originally told defense investigator Bill Pavelic was different from what she said on the stand. The defense was accused of coaching her on what to say, and on top of that, the prosecution alleged that it had not been notified that Lopez was being called as a witness at all.

Despite the pressure of the situation, during questioning by Deputy District Attorney Christopher Darden, Lopez appeared strong, even sassy at times. But because of the controversy and shakiness of her testimony, it had little effect on the case. The alibi that she confirmed for Simpson was reportedly far from airtight.

Lopez's inconsistencies frustrated both sides of the case, but no one seemed more frustrated than Lopez herself. According to an account by The Philadephia Inquirer, Lopez at one point even told the court,

I came from very far to finish with this. And today and on Thursday, I'm going to be told another day. And I am very sick, sir. I don't eat during the day, sir. I'm not sleeping very well. And I'm going to tell you, this is not my fault to work close to Mr. Simpson, to have seen and to have heard.

Then, rather than waiting to be dismissed, she put an end to her questioning. "I am very tired," she said, before leaving the stand. "I want to go rest, sir. I don't want any more questions. Thank you."

Lopez has not yet appeared on The People v. O.J. Simpson: American Crime Story, but knowing their dedication to portraying the real-life twists and turns of this captivating case, she will. Even with a small role, she will, no doubt, make a strong impression.