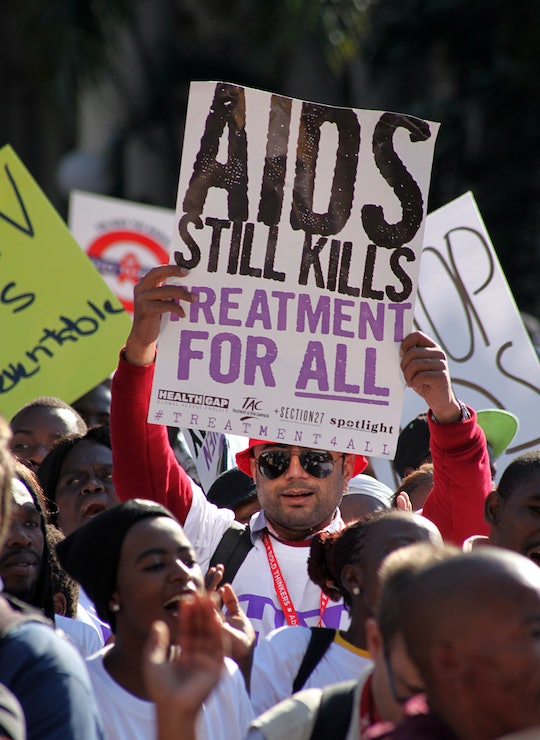 Violence Might Affect The Health Of Kids With HIV, New Study Finds

Violence is never good for kids. Most of us know this; most of us understand that children thrive in safe environments where they feel secure, and nurtured, and safe. Unfortunately, this isn't always an option and it should be. Especially for children who are already suffering from an HIV diagnosis. A new study found that violence could affect the health of children living with HIV. Though, the Washington Post noted that there is no causal relationship between children's HIV status and their environment.

The Harvard T.H. Chan School of Public Health recently released a study that analyzed the affects of exposure to violence on 268 children between the ages of 8 and 15 with PHIV (perinatal HIV). The study found that the children who were exposed to violence on a regular basis (34 percent of the group) had higher instances of "unsuppressed viral loads" (also known as uncontrolled HIV) and "poorer immunological outcomes" than the children who had not recently been exposed to violence. The study was conducted with children who had experience violence within the previous year, and defined the violence as:

Recent violence exposure was defined as direct victimization or indirect exposure to at least one of seven types of violent acts in the youths’ communities in the past year, ranging from hearing gunshots in the neighborhood to sexual assault.

The researchers found that, of the 34 percent of youths who had experienced violence in the past year, one in three had detectable levels of HIV compared to just 18 percent of those who had not been exposed to violence. All of the participants were on the antiretroviral drug program, according to The Washington Post. While Antiretroviral Therapy (ART), is not a cure for HIV, it does use a combination of medicines that helps to control and manage symptoms, and prevents the HIV from multiplying, according to Aids.gov.

The author of the study, Deborah Kacenek, wrote:

These results highlight the need to identify and address violence exposure experiences among youth with perinatal HIV infection and their caregivers, which may reduce risks of HIV-associated complications and transmission of HIV.

Kacenek, a scientist at Harvard's Center for Biostatistics and AIDS Research, also told The Washington Post:

I don’t think it necessarily means that living in a violent neighborhood predisposes you, because there were many people who were experiencing violence who did not have bad health outcomes.

Yet the study did conclude that higher viral lodes could create complications for HIV patients down the road. Kacenek told The Washington Post:

It could also increase your risk of transmitting HIV to others.

The study, which was part of a broader study (Pediatric HIV?AIDS Cohort Study), found that 53 of the youths had heard gunshots in their neighborhood, and 23 lived in a neighborhood where there had been a murder.

According to UNICEF, as of 2014 2.6 million children worldwide under the age of 15 were HIV positive. The numbers continue to decline as medical professionals continue to ramp up efforts to end mother-to-child transmissions.