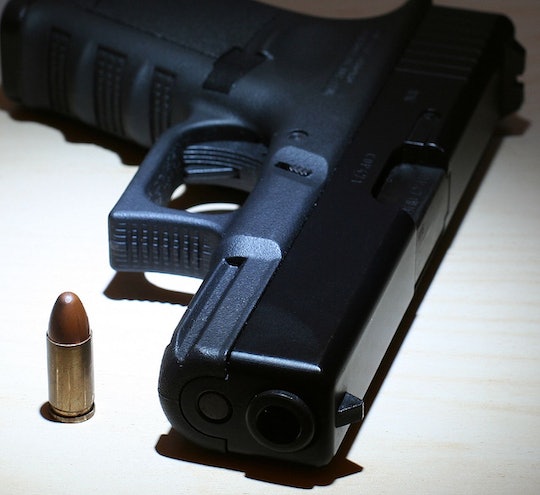 Virginia Moves Toward Stricter Gun Control Laws, & Here's Why We Should Applaud The Move

Virginia's Attorney General Mark Herring announced Tuesday that the state will no longer recognize handgun permits from 25 states with reciprocity agreements. Previously, Virginia residents would honor concealed carry permits obtained in other states, even when those states had more lax restrictions or criteria than Virginia. However, starting February 1, you can expect stricter gun control laws in Virginia, restricting firearms from anyone who displays certain risk factors.

Those with convictions of assault, battery, or DUIs within three years of applying will not be able to carry concealed guns in Virginia, nor will anyone with multiple misdemeanors in the five years prior to application. Anyone with a restraining order or stalking conviction against them, substance abuse issues or mental health problems, or felonies of any kind will be barred as well. Fugitives, undocumented immigrants, and those dishonorably discharged from the military will not be able to carry concealed firearms, either. Which, you know, makes sense.

Herring addressed the changes in a press statement:

Virginia, and nearly every other state in the country, have recognized that carrying a concealed handgun is a significant responsibility that should be extended only to those who have gone through a process to prove a level of competency and responsibility. Our General Assembly has already identified who can and cannot conceal their handguns in Virginia. Those standards should apply to everyone in Virginia equally, at all times. They should not be undermined by wrongly recognizing permits from other states with more permissive standards.

To me, this just seems like common sense, but many of the reactions on Twitter are decidedly not happy.

Honestly, how is this not a good thing? It ensures that Virginia's concealed carry laws remain in place, without a loophole that allows Virginians to grab a gun from the nearest state with more lax laws. The United States has had more mass shootings in 2015 than it has had days, and 75 percent of the guns used in mass shootings in the last three decades have involved guns obtained legally — by the shooters themselves. The Harvard Injury Control Research Center has shown that "there's substantial evidence that indicates more guns mean more murder," as reported by The Washington Post.

This correlation holds true even across states — not just countries. Firearm deaths have been found to be lower in states with higher gun control. It's understandable why people want the ability to protect themselves — and the best way to do that, if not by entirely banning firearms, is by demanding tougher gun control laws. Why would it make any sense for Virginia to allow its regulations to be watered down by more lenient licenses from other states?