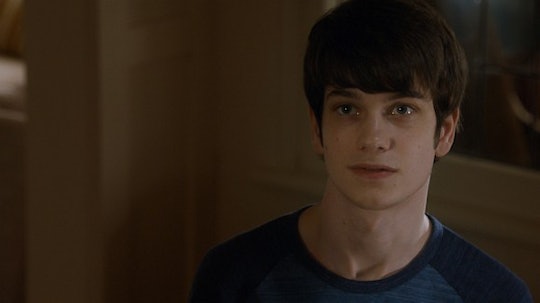 Was Ben Involved In Adam's Death On 'The Family'? He May Have Been

Since The Family premiered on ABC a couple of months ago, viewers have had their fair share of mysteries to solve, and some of the questions have been answered, while others remain totally up in the air. Since we found out about Ben's identity, the question that has been looming over the Warren family is if Ben killed Adam on The Family? And even though we're still scrounging for clues and searching for the truth, there is still plenty of gray area, far too much to tell what part Ben played in Adam's death, and not nearly enough to consider Ben a bona fide "bad guy" just yet. As it is, Ben was a victim too, but did he have something to do with Adam's death, making it possible for him to maneuver an escape for himself?

In the most recent episode of The Family (warning - spoilers ahead!), Willa finally asks Ben if he's hurt her brother down in the bunker he shared with him, to which Ben replied with a "yes" that left us all with slack jaws and streams of surprised expletives streaming out. But since he only admitted to hurting Adam, which could have been an accident or a fight that went too far, too late, he still hasn't admitted to actually killing Adam, which lets us continue to hold out hop that Adam is still alive somewhere.

So in a way, yes, Ben was probably involved in Adam's death, even if his "death" isn't in the literal sense. Ben could have fought with Adam, which led to Adam being cut or scratched, which led to an infection (ergo, that fever they showed us before Doug carted him away), and led Ben to believe that Adam did in fact die and that he was partly to blame.

Right now, though, we're still holding out hope that the last five minutes of the season that Alison Pill (Willa) promised Zap2It to be all about the "OMG WTF", jaw-dropping moments we've come to love this show for:

"The last like five minutes of the season finale will rock everybody’s beliefs. Anything that you think you might know, you probably don’t, or you might have suspected, but also there’s stuff that you just won’t have seen coming."

We can only hope that this means we will get an Adam/Ben reunion that will see them both out of captivity and into health, for the most part. Maybe Ben had something to do with hurting Adam, but that doesn't mean he hasn't felt any guilt until now. He was, after all, just as much a victim in all of this.