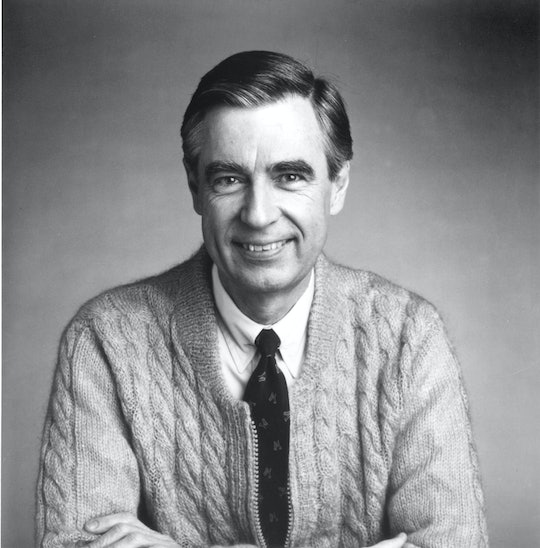 The White House announced President Trump's first proposed budget for 2018 on Thursday, and it was noteworthy for several reasons, to say the least. Trump and White House Budget Director Mick Mulvaney proudly defended sweeping cuts to the EPA, the Department of Agriculture, and the arts while touting massive federal spending boosts for the Defense Department and Homeland Security. One well-loved program that looks to be on Trump's chopping block is the Corporation for Public Broadcasting. For anyone who doubts the relevancy of a public broadcasting system, watch Mr. Rogers' PBS Congress video. His words ring as true now as they did nearly 50 years ago.

Back in 1969, President Nixon was looking to make some budget cuts of his own. Nixon was reportedly not a fan of the liberal tone of PBS, and proposed to cut half of its $20 million annual budget. Enter Fred Rogers. Mr. Rogers' Neighborhood was new to PBS at the time, but already gaining favor with kids for its puppets and, of course, Mr. Rogers' trademark gentle voice. Despite being a newcomer, Rogers went before the Chairman of the Subcommittee of Communications John A. Pastore to plead the case for public broadcasting. He spoke for only six minutes, he never raised his voice or lost his temper — and yet his passion and clarity of thought continue to resonate to this day. Especially on this day, actually.

Rogers put forth a persuasive argument about the real cost of public programming in comparison to what children might see on network television:

$6,000 pays for less than two minutes of cartoons. Two minutes of animated, what I sometimes say, bombardment. I'm very much concerned, as I know you are, about what's being delivered to our children in this country. And I've worked in the field of child development for six years now, trying to understand the inner needs of children. We deal with such things as ... the inner drama of childhood. We don't have to bop somebody over the head to ... make drama on the screen. We deal with such things as getting a haircut. Or the feelings about brothers and sisters, and the kind of anger that arises in simple family situations. And we speak to it constructively.

Rogers went on to share the words of a song he wrote called "What Do You Do With The Mad That You Feel?":

What do you do with the mad that you feel, when you feel so mad you could bite? When the whole wide world seems oh, so wrong… and nothing you do seems very right?

What do you do? Do you punch a bag? Do you pound some clay or some dough? Do you round up friends for a game of tag? Or see how fast you go?

It’s great to be able to stop, when you’ve planned a thing that’s wrong, and be able to do something else instead, and think this song:

Needless to say, Congress voted against budget cuts for public broadcasting that year. Pastore even said to Rogers afterwards, according to Esquire:

I'm supposed to be a pretty tough guy, and this is the first time I've had goosebumps in two days.

Mr. Rogers died in 2003, but he left behind a legacy of integrity, of emotional intelligence, and of dedication. Here's hoping the Corporation for Public Broadcasting has another such advocate to defend them in the upcoming months.