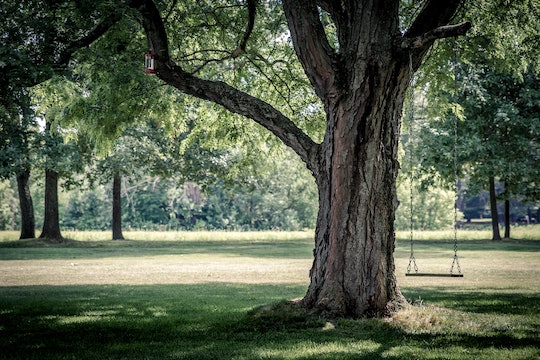 It's important to remember that the job of a prosecutor is to get a conviction. Prosecutors all over the world come up with arguments to make their cases. Sometimes those arguments are fair. Sometimes... sometimes they're not. As in the case of a couple who were recently accused of murdering their son. The prosecutor made the argument that watching Manchester by the Sea inspired these parents to kill their child, but there is likely much more to the story.

Why? Well, according to arguments made during a bail hearing in New York by Chenango County District Attorney Joseph McBride, the couple watched the film and killed their 16-year-old son soon after. According to the prosecution, Ernest and Heather Franklin watched Manchester by the Sea, the Oscar award-winning film starring Casey Affleck, who plays a father who accidentally kills his children by burning his house down, on Feb. 28. Within hours of watching the movie, the couple's house in Mount Upton was on fire and their adopted 16-year-old son, Jeffrey Franklin (who has disabilities), had died. But McBride told the court that an examination found no evidence that Jeffrey had died in the fire (no soot or smoke in his trachea or mouth), and concluded he had been killed before the fire. According to The Hollywood Reporter, at the time of his death, Heather Franklin had left the family home and Ernest Franklin was allegedly wandering the street looking for the family dog.

Romper reached out to both of the Franklins' legal reps and is awaiting a response.

According to People, Jeffrey had been adopted by the Franklins in 2012. He was deaf, and suffered from bowel and urinary control issues. McBride alleged that Heather Franklin, who is reportedly pregnant after having suffered a miscarriage last year, had been complaining on Facebook that caring for Jeffrey had created strain in the couples' marriage.

Neither 35-year-old Iraq veteran Ernest Franklin or 33-year-old stay at home mom Heather Franklin were able to post bail on Friday and remain in prison, according to CBS News. Michael Trossey, the attorney representing Heather Franklin, told the court that she is "innocent until proven guilty" according to The Hollywood Reporter. They have been charged with murder, as well as third-degree arson and tampering with evidence. If convicted, they each face up to 25 years in prison.

There is an issue with the prosecution's allegation that the Franklins were "inspired" to kill Jeffrey because of a movie, though. The stats just don't back it up. People are very rarely inspired to commit serious crimes against the people they love based simply on a fictional story playing out on their screen. Instead, if the Franklins did, indeed, kill Jeffrey, it's much more likely that their motivation would have been the alleged strain on their household, or their alleged inability to care for his heightened needs.

Unfortunately, this would not be the only time adoptive parents of a child with disabilities have been accused of murder. In 2016, Bonnie Liltz was sentenced to four years in prison for killing her 28-year-old adopted daughter who was disabled, Courtney. According to CNN, Liltz killed Courtney because she believed that heaven was "the only place I knew she would be safe and happy." Tracy Lattimer, who had cerebral palsy, was killed by her father Robert in Canada in 1993. Markea Blakely-Berry, who suffered cognitive disabilities, was reportedly starved to death by her mother. When she died at the age of 16, she weighed 43 pounds. The list of children with disabilities killed by their parents goes on and on. And none of it can be blamed on a movie. The Centers for Disease Control and Prevention noted that children with disabilities remain more vulnerable to abuse, mistreatment, and neglect. Negating that fact by blaming the murder of a 16-year-old boy on a movie? Not OK.

We still don't know how Jeffrey Franklin died. We don't know if his adoptive parents killed him. But blaming someone's death on a movie? To think that the sum of Jeffrey Franklin's 16 years on this earth could be so encapsulated, so minimized, that his end could be decided within two hours? Not only is it insulting, it's dangerous scapegoating. If the Franklins did murder their disabled, adopted son (which remains only an allegation), Manchester by the Sea did not "inspire" them to do so. If they killed Jeffrey and burned their house to cover it up as the prosecution maintains, it was a conscious decision. A decision that many other parents of children with disabilities have unfortunately made, and that shows just how vulnerable they are. Those children need support and they need accountability in situations where they are allegedly hurt — and that doesn't mean blaming filmmakers.