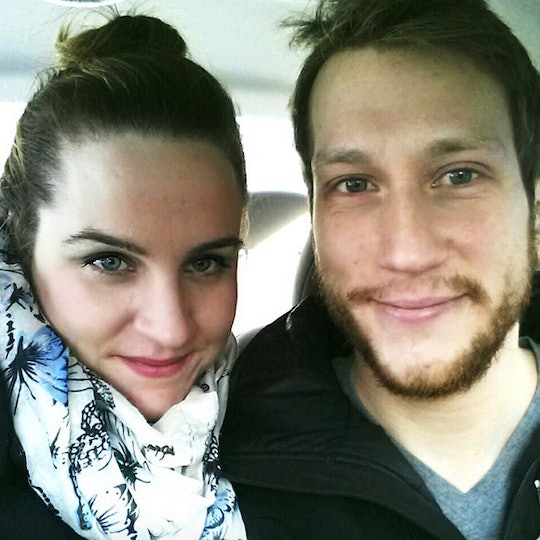 When I first told my husband that we were going to have only quickies for an entire month, he was pretty intrigued. We've been married for seven years and have 3-year-old twins, which is not exactly the recipe for hot sex, but the truth is that we actually have a pretty great sex life. And that's mostly because for the first eight years of our now-12-year-long relationship, sex was kind of a nightmare. For years, I suffered from a condition called vulvodynia, or chronic vulvar pain, which made sex super painful and totally miserable. Eventually, that turned into an even worse disorder called vaginismus, which made sex literally impossible. It was really tough on our relationship, and at one point we lost hope that painful sex would ever not be our reality, so now that it isn't, well, it's really easy for us to have super satisfying sex life. Because as long as it doesn't hurt, it's pretty freaking awesome as far as we're concerned.

Since neither of us were complaining about our bedroom activities, the idea of a month of quickies mostly just seemed like a fun way to change it up a little, and add in more opportunities to get it on. Our lives are so busy these days and our kids are completely exhausting that some nights we'd both rather just catch up on sleep more than anything else. But I was also curious to see what a month of no-frills, fast and furious sex would actually be like — it sounded exciting in theory, but would it just pan out to be lame, foreplay-less intercourse? (Let's not forget that it typically takes women four times as long to orgasm than men, ahem.)

We decided to swap our usual drawn-out, bedroom-centric romps for short sex sessions for an entire month to see what would happen. We had no specific rules beyond that, but we both agreed we'd take this opportunity to get a bit more spontaneous and more creative when it came to location. Variety is the spice of life, right?

Although we agreed on a start date for this one-month experiment, we actually ended up pushing it back. A few times. Our first quickie rookie mistake? You have to specifically decide to have a quickie before you begin. Quickies, after all, are just as much as much about mindset as they are about actual length of time, and if you aren't hitting the ground running and planning for maximum efficiency right off the bat, well, trying to turn normal-length sex into a quickie is just going to feel like a total buzzkill.

"Uh, this is technically supposed to be a quickie."

"We can start the quickie thing tomorrow."

Our first true experiment quickie happened a few days later, after we took the kids to the park on my husband's day off. By the time we got home, they were totally tuckered out, but since they've firmly given up nap time (ugh), we opted to let them have "TV and quiet time" instead (shut up, that's totally a thing). Normally, we'd take this rare peaceful opportunity to do super exciting things like finish our coffees before they turned cold and check Twitter on our phones, but thanks to our experiment, we realized we could use this brief window of time for something a little more fun.

This is point where I should probably note that we are definitely "we only have sex when the kids are asleep" people. We hadn't really made that choice on purpose, it just kind of worked out that way, but once we got upstairs for our inaugural quickie, we soon realized that we'd probably made a wise choice saving our sexcapades for after the kids have gone to sleep. We knew it wouldn't be long until one of the kids started demanding juice, or a snack, or to just know where we were and what we were doing (our children have zero concept of personal space), so we got down to business pretty quickly. At first, having sex while the kids were distracted by the TV seemed like total freaking brilliance — why hadn't we thought of this before? But as soon as things were getting really good, well, the interruptions started."Daaaaaddddddyyyyyyy," our son yelled from the basement. "Where are youuuuuu?"

"What if he comes upstairs?"

"OK, nope, can't do it," my husband said, the mood totally broken. "I can't focus knowing he might walk in on us."

We reluctantly re-dressed just in time for our son to come barging in.

"Daddy! Can I have gummy bears?"

Our next attempt happened one night when I only had a few minutes to spare before leaving for an appointment. Since we wanted to use this experiment to explore trying to have different kinds of sex in different places, we used our next rendezvous to try a quickie somewhere other than the bedroom. At first we thought the kitchen might be a good option, but had to rethink it when we realized our neighbors would most definitely see us through the window if they happened to take their elderly, blind dog out for a pee (note to self: invest in better blinds). Plan B? The downstairs bathroom. The kids had just fallen asleep, so we didn't have to risk being distracted, so instead we just made it our mission to have one short, awesome burst of bathroom sex, and damn it, it was going to be amazing.

And honestly? It was pretty amazing. Because I had to leave very shortly, we got down to the good stuff very quickly, and since we didn't have any time to waste, we were all about efficiency. One quickie tip we learned? Don't bother getting fully undressed. And, uh, clear your perfume bottles and makeup off the bathroom counter if you don't want things crashing around you things start heating up (rookie mistake #2).

The best thing about our bathroom quickie though was that it was fun. So many times we put off having sex because we thought we didn't have the time, or because we were preoccupied with different things, but that day we learned that, really, it's not actually that hard to squeeze a little extra lovin' into our days.

Passing Ships In The Night

Things were going so well during our experiment so far that it should've been totally easy to keep it going all month, right? Uh, not so much. About halfway through the month, my husband got super busy at work, leaving early in the morning, and often not coming back home until 8 or 9 p.m. And we were both exhausted — I was totally drained from spending so much time solo mom-ing it with two preschoolers, and he was drained from spending so much time at work and on the road. So while I would use that brief evening time to get some writing done (and, let's be honest, to just be alone for a little while), he would often come home and fall right into bed.

This setup is kind of the unfortunate reality of our marriage right now — and probably, I'd imagine, for a lot of couples who have young kids. He works and travels a ton, and our children are so much work that we rarely have time to just talk to each other about non-kid-related things, let alone spend time together. We both know about this and hate it, but for now, it's just kind of how things are. Eventually, we remind ourselves, the kids will be in school and will become a bit more independent (that happens, right? Please tell me that happens), and we'll be able to hang out again as BFFs, not just as Maddie and Reid's parents.

But one really surprising thing we learned around the halfway point? Even though we knew we probably weren't going to be having a ton of sex during this experiment due to our schedule limitations, neither of us actually realized before we were specifically paying attention how little sex we fit into our lives on a regular basis — even quickie sex. One night, as were getting ready to go to bed, I realized that we'd only managed to do it a handful of times since we started. Could that be right? "We probably need to have some more sex so I have more to write about," I said to him.

"Oh good, because I really want to go to bed, but you know I'm not going to turn it down."

So what was it like having only quickies for a month? On one hand, it was really fun, and a way to add some excitement into our sex life. After all, if all goes to plan, we'll only be sleeping with each other until one of us dies, so the more we can do to not get sick of each other the better. But at the same time it was kind of a total bummer. We honestly did not even realize how rarely we actually carve out time for sex, and that is super lame.

That said, maybe it doesn't really matter how often we have sex. Right now neither of us are complaining about our sex life, so maybe however often we're doing it is often enough for us right now. I've read plenty of times the recommendation that you should schedule sex, and that you should have sex with your partner even when you don't feel like it (though, to be clear, "not feeling like it" and "not consenting to it" are definitely different things in this context), but as someone who struggled so long with really negative sex experiences, both of those things feel like a lot of pressure. Even though sex hasn't hurt in a long time, I still worry that it might magically start hurting again (I don't know why it started in the first place, so it seems possible it could come back). So if I'm not feeling it, I've found it's best to go with that feeling.

Would I recommend having more quickies? Definitely, especially if you feel like you've been stuck in a rut. But what I think might actually be more helpful would be trying to let go of as much sex life judgment as possible instead. It's so easy to assume that other couples are doing it more than you, that you're not enjoying it enough, that sometimes has to change to make it over-the-top amazing all the time. But it seems like all that thinking seems to do is put a damper on something that would otherwise be really positive. After all, if it feels good to us both, then it's good, regardless of what anyone else has to say about it.